The Ducati Multistrada 950 Review. We ride the newest and smallest Multistrada in the Canary Islands. Fifty hours of international travel for ten hours of motorcycling. Well, true passion does usually exist beyond the ordinary but the time equation just mentioned definitely goes further. Of course there were reasons – two of them. 1) The locale – Fuerteventura, the second largest of the exotic Canary Islands, a Spanish province off the Moroccan coast. 2) The machine – Ducati Multistrada 950.

A handful of auto-journos from across the world were invited to experience the Multistrada 950 and admittedly there couldn’t be a better place to ride. The island is big (some 1600 sq. km) and the Ducati boffins had charted a 200km course for the day’s ride. We got every kind of tarmac to roll the wheels. It was fun and a large percentage of that fun came from the bike itself. The Multistrada series started as a 1000cc adventure bike for road use in 2003. It had a stance and ergos like a dirt bike but shod with 17 inch tarmac spec rubber. It was new and novel, comfortable for day long rides, handled well and sold in good numbers. Healthy commerce usually drives the upward evolution and the Multistrada 1000 evolved into the 1200. The 1200 had the power to rival most superbikes, amazing handling and bristled with enough tech to be almost capable of auto-riding! Of course this came at a price. And the ‘price’ along-with the power when combined with that tall stance made it intimidating for anyone but the well-moneyed and skilled riders.

Ducati wanted to spread that customer base and so they watched, analysed and acted. With the Multistrada 950 they’ve delivered a bike that preserves the versatility and road presence of the Multistrada series while being easier on the pocket and rider.

The 950 looks similar to its brawnier sibling and rides on the same frame (the one on the 1200 Enduro). But that’s where the similarities end. The 937cc engine is the same that powers the Hypermotard and the front fork comes off the Desert Sled version of the Scrambler with slightly stiffer springs. The newer bits include a 19 inch front rim which gives it that slight edge off pavement, the 2-1-2 type exhaust with a lateral silencer and a manually adjustable front screen.

The bike looks good, very ‘Multistradish’ to coin a new word. Fit and finish is great. Swing a leg over the saddle and if you stand anywhere above 5’ 7” you’ll be instantly comfortable with the seat height. The bike is heavy at 227 kilos wet but once vertical and on the roll, the weight isn’t an issue. The instrument console is the simpler LCD version of the older Multistrada and takes you through a self-test when the ignition is switched on. 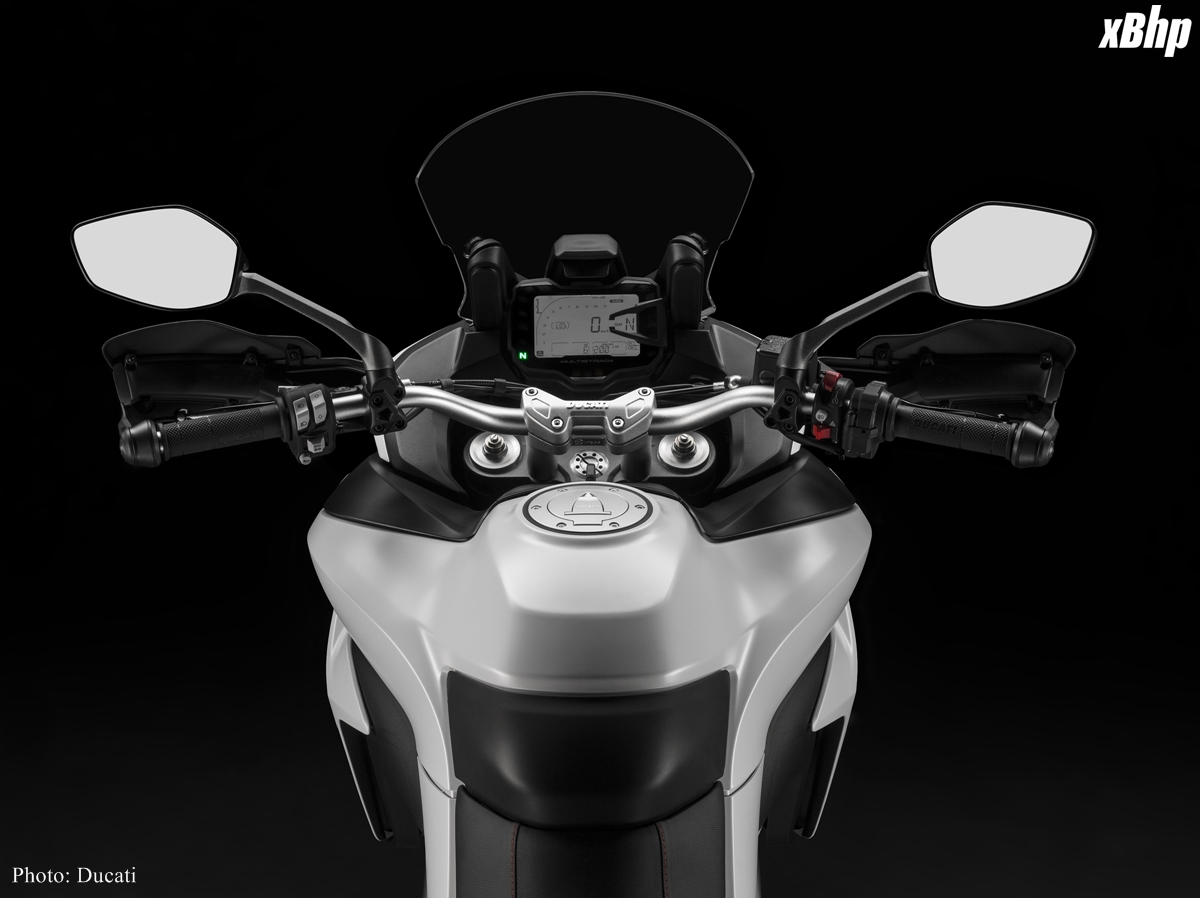 Thumb the starter and the engine fires quick enough and settles into a steady idle. The liquid cooled L-twin feels responsive to blips of the throttle and sounds quite like the Panigale! That’s a bonus eh! Pull in the light cable-operated clutch (yes it is a slipper clutch) and shift into first with a muted thunk. Get rolling and as you move up through the gears, the first thing that hits you is the seamless fuelling of the 937cc Testastretta 4-valve Desmodromic engine. Throttle response is great and the engine responds precisely to the right hand.

Making 113 bhp @ 9000 rpm and 96.2 Nm @ 7750 rpm, the beauty of the engine lies in its strong mid-range. Some 80% of the peak torque is available from as low as 3500 rpm which makes riding the torque curve such a pleasure. Especially on the twisty bits of tarmac. The engine runs smooth across the rpm band right till its 10,500 rpm redline. Some vibration does creep in past the 5k mark but it is not something that cannot be damped by the soft hand-grips and the rubber shod foot-pegs.

Being geared to do about a 100 kmph in top gear at 4000 rpm keeps things smooth when you’re cruising. Adding to the rideability are the selectable 4 engine modes (Sport, Touring, Urban and Rain) that effectively turn one Multistrada 950 into 4 different bikes! The first two modes let through full 113 bhp though engine response is sharper in the Sport mode. Urban and Rain modes limit power output to about 75 bhp. Needless to say we did try all modes for comparison purposes but were in Sport through almost the entire ride.

The 950 has ‘sedate’ front end geometry – 25.2 degree rake and 105.7 mm trail which when coupled with a longish wheelbase at 1594 mm makes it an utterly stable tourer. Which of course is not to say that it cannot be spiritedly ridden on the really twisty bits. Flickability is great and the well set-up suspension gives one the freedom to pick the choice of pace and pavement. Both front and rear have 6.7 inches of suspension travel. Beefy 48mm dia Kayaba fully adjustable upside down forks up front and the fully adjustable Sachs monoshock with a double sided swingarm doing duty at the rear offer a ride that’s plush while being firm when the pace is amplified. The rear shock is remote adjustable for spring preload, a useful feature especially when adding a pillion mid-ride. The 19 inch front and 17 inch rear wheels come shod with Pirelli Scorpions, 120/70 and 170/60 respectively. The stock or ‘comfort’ suspension settings did leave the front fork soft enough in compression to sharply dive a couple of inches under hard braking though this was something  that needed the right use of a flat-head screwdriver to change for the better.

Brakes on the Multistrada 950 were great. Period. Two 320mm discs with 4-piston 2-pad callipers up front and a 265mm 2-piston floating calliper at the rear were right up there for retardation duty. Couple this excellent Brembo hardware with a 3-level adjustable Bosch ABS and one gets safe and controlled stops. Factor in the 8-level Ducati Traction Control, (both ABS and DTC settings can be memorized) and you get a package that you can customize to the level of riding and response that you like the most. The combo is aptly called the Ducati Safety pack. Setting up either was not straight-forward and could have been made easier. The 950 comes with a 20 litre fuel tank. Considering Ducati’s claimed mileage figures at about 18 kmpl, this gives an effective range of a little over 350 km. Not bad for a 950cc multi-capability tourer. Service intervals are a high 15000 km while valve inspection need be done only every 30,000 km! The lights are bright and even though we did not get to ride after dark, switching them on at night on a static bike did give a fair idea of their brightness and effectiveness. Switchgear is top notch and a pleasure to operate though for India one will definitely need a louder horn! The bike comes with a USB charging port and a DIN socket for accessories. The LCD display shows a speedometer, fuel gauge, clock, trip computer and gear indicator.

The seat and ergos are spot on for long hours on the saddle. Seat height is not adjustable but accessory seats that can vary the seat height (standard is 840mm) between 820 – 860mm. The manually adjustable windscreen moves some 4 inches up and down and did help keep buffeting of the head low though it was a trifle narrow for my wide shoulders. The wide handlebars provide enough leverage to make the bike light on turn-ins and the rider retains enough controllability even when riding standing on the pegs. Ground clearance is a healthy 185mm which coupled with large suspension travel promises good off-road capability. The Ducati Multistrada is one of the most versatile and user friendly motorcycles to come from the Italian marquee. It is an approachable, affordable and competent machine that is as comfortable to use for the daily commute as it is for a trans-continental jaunt. The engine feels unstressed, the frame rigid and robust, the ergonomics tailored for long rides and simplicity in use make this an amazingly practical and adaptable motorcycle for a rider who loves to ride his machine everyday, whether to work and back or to chase the horizon. Ducati Traction Control (8 level selection) Level 1 minimizes system intervention and is, together with level 2, best suited to off-road use. Level 8, instead, maximizes ABS intervention and is ideal on wet roads. Ducati sets DTC levels for each of the four Riding Modes; however, these can be personalised to meet riders’ specific needs and saved on the individual menu settings.

Ducati Riding Modes first introduced on the Multistrada in 2010, let riders select different pre-set modes that optimise bike behaviour according to their individual riding styles and road conditions. The Multistrada 950 has four Riding Modes (Sport, Touring, Urban and Enduro); each programmed to act on the electronic Ride-by-Wire (RbW) engine control system and the ABS and DTC levels. Riding Modes can be changed on the go.

This Riding Mode is characterised by a direct Ride-by-Wire throttle twist response, a low DTC setting (level 4) and low ABS setting (level 2) with no rear wheel lift-up prevention and 113 hp.

Urban Riding Mode delivers a maximum power of 75 hp with progressive Ride-by-Wire throttle twist response; DTC is set to an even higher intervention level (level 6) and the ABS setting is at level 3. 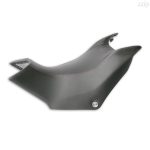 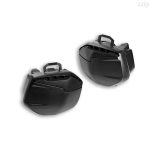 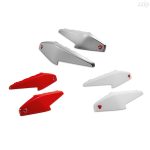 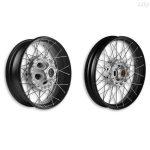 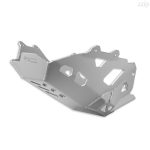 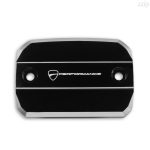 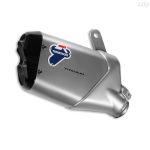 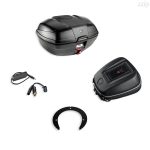 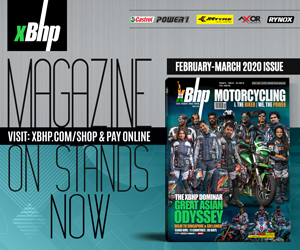