We had a deficit of around 250 kms when we started the day 37 of the #powerTrip360 as we were supposed to reach Eucla the night before but had to call it a day at Cocklebiddy Roadhouse. So this day, the target of course was to cover the last day’s deficit and to reach Ceduna at the other end of the Nullarbor.

But as I said, this entire stretch from Perth to Sydney the most beautiful part of this roadtrip and we’d be taking a lot of long photography breaks, which would have an impact on the number of kilometers we’d cover in a day. And as we had expected, we ended up real short of our target and had to stay the night at Nullarbor Roadhouse. The highlight of the day was The Great Australian Bight, an area of unparalleled natural beauty. You ride for hundreds of kilometers almost parallel and tantalizingly close to the coastline,  with the Indian Ocean at a stone’s throw away at some points. A series of 60-120 m high, remarkably even and continuous line of cliffs borders the shoreline. If you stand there and look south, there’d be nothing between you and the South Pole. You can see so far and wide into the horizon that you can even see earth’s curvature. There are several points along the way where you just need to take a small detour of few meters to reach the lookouts to admire this magic of nature. 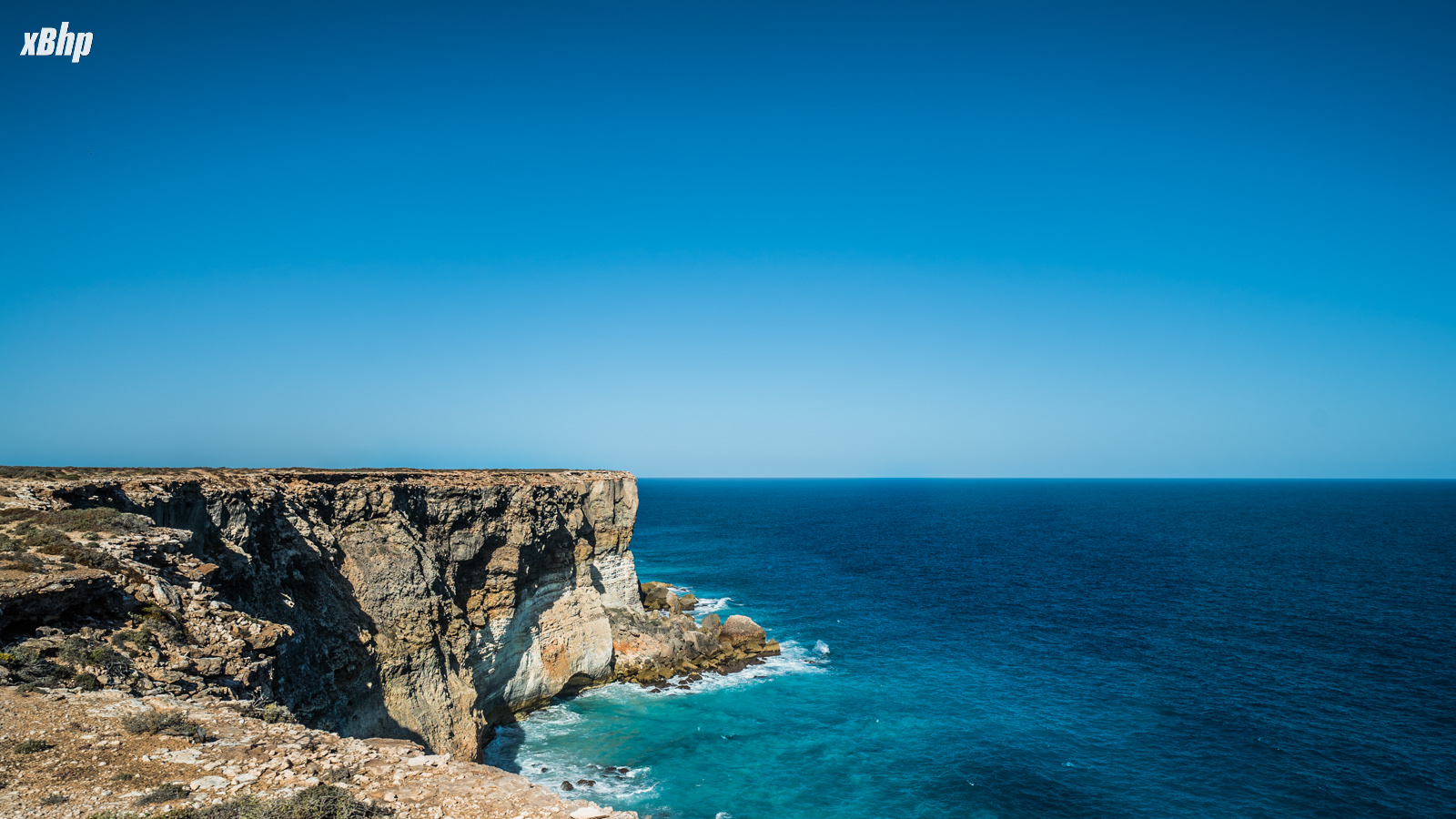 We ended up shooting for 2-3 hours at various points along the way and also managed to crash the drone once again while shooting in a farm. It veered off its intended path and hit a tree, damaging the gimbal. So that meant that it was gone for good and we won’t be using it again in the #powerTrip360. 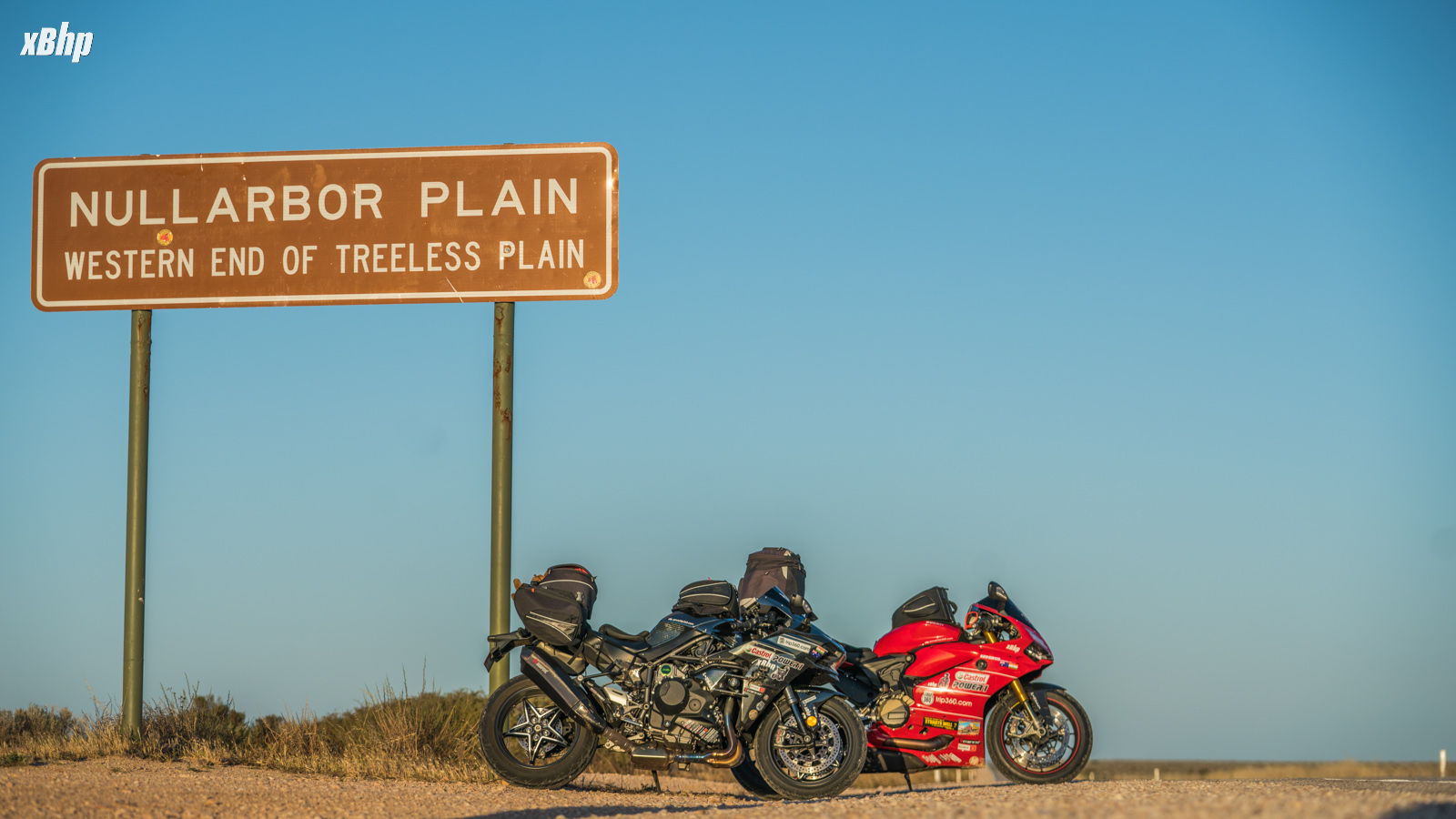 And all this ultimately also meant that we would again end up 300 kms short of our target and would need to ride close to 1150 kms the next day to reach Adelaide if we wanted to cover the deficit. Also we’d be crossing the much-awaited Nullarbor Plain on this day, i.e., day 38. The Nullarbor Plain is world’s largest single exposure of limestone bedrock, covering an area of roughly 200,000 square kilometers. Nullarbor literally means ‘no tree’ and true to its name this area is arid/semi-arid. The European considered this to be almost inhabitable. The famous Australian explorer Edward John Eyre, who was the first European to successfully cross the Nullarbor Plain, described it as “a hideous anomaly, a blot on the face of Nature, the sort of place one gets into in bad dreams.”  As per Wikipedia, “Crossing the Nullarbor in the 1950s and earlier was a significant achievement, as most of the route then was a dirt track of variable quality, and presenting real hazards to the motorist. It presented one of the major challenges in Round-Australia car trials (the Redex and Ampol Trials)[8][9] and gave photographers many opportunities for shots of daring driving and motoring misfortune.” And even today “crossing the Nullarbor”, for many Australians, is a quintessential experience of the Australian Outback. There are certificates and stickers on sale almost everywhere on the Nullarbor route, proclaiming ‘I survived Nullarbor’ or ‘I crossed Nullarbor.’ Although it remains only a fraction of what it might have been during the earlier days in terms of adventure and you’d be on the other end even before you realize. But crossing the Nullarbor was definitely a big highlight of our roadtrip. We have had quite a few long days like this one in the #powerTrip360 and in fact we had 1650+ kms in a day as well. But this time, the conditions were completely different. The speed limit of 110 kmph would be a key factor here, plus there would be relatively more traffic on the road than what we had seen on our longer days.  The traffic starts getting heavier and heavier as you approach Ceduna.