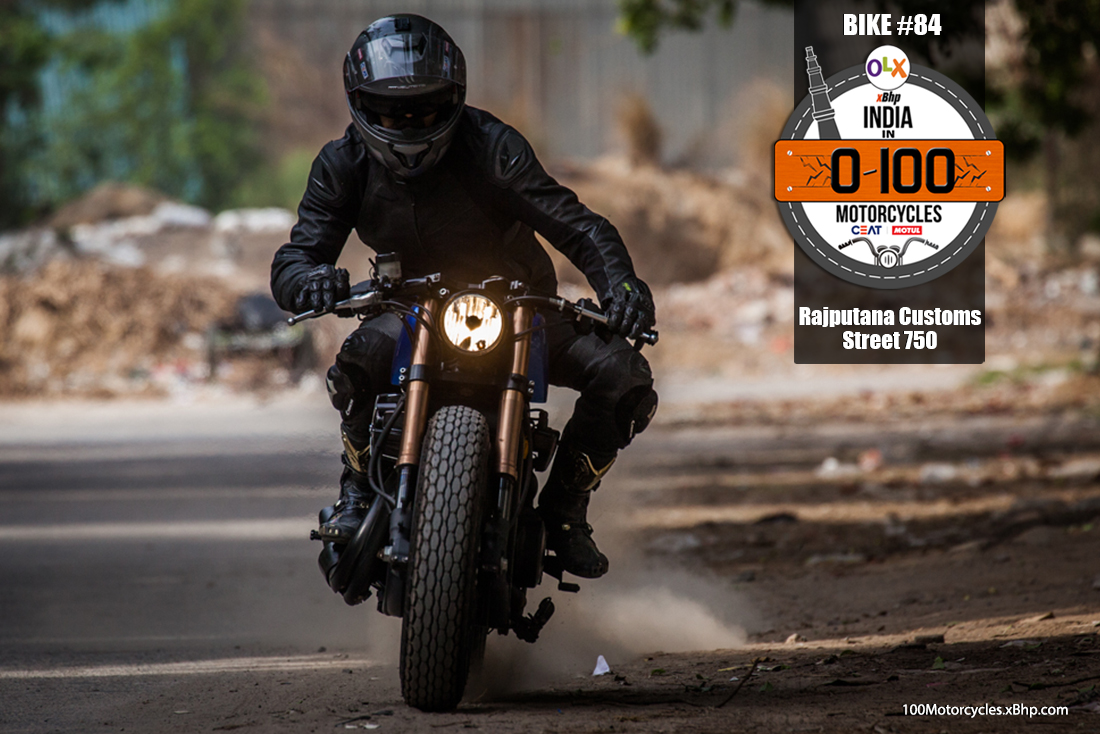 Customizing a motorcycle is not a new thing in the automotive industry in general, but it still hasn’t quite caught up yet in India. First and foremost, the trend of changing the appearance of a motorcycle to match one’s vision is at an infant stage here. This is true even though we all are aware of some very interesting custom motorcycles in the country. Yes, they exist no matter in how small a number. Running low on budget? Buy your favourite Harley Davidson motorcycle on OLX. There are a few customizers who have developed a reputation of creating some praiseworthy variants of production motorcycles starting from Royal Enfield to Harley Davidson. But one name is hugely respected and, if we are not wrong, is spearheading the custom culture in India. It is called Rajputana Customs and it’s based out of Jaipur, Rajasthan. 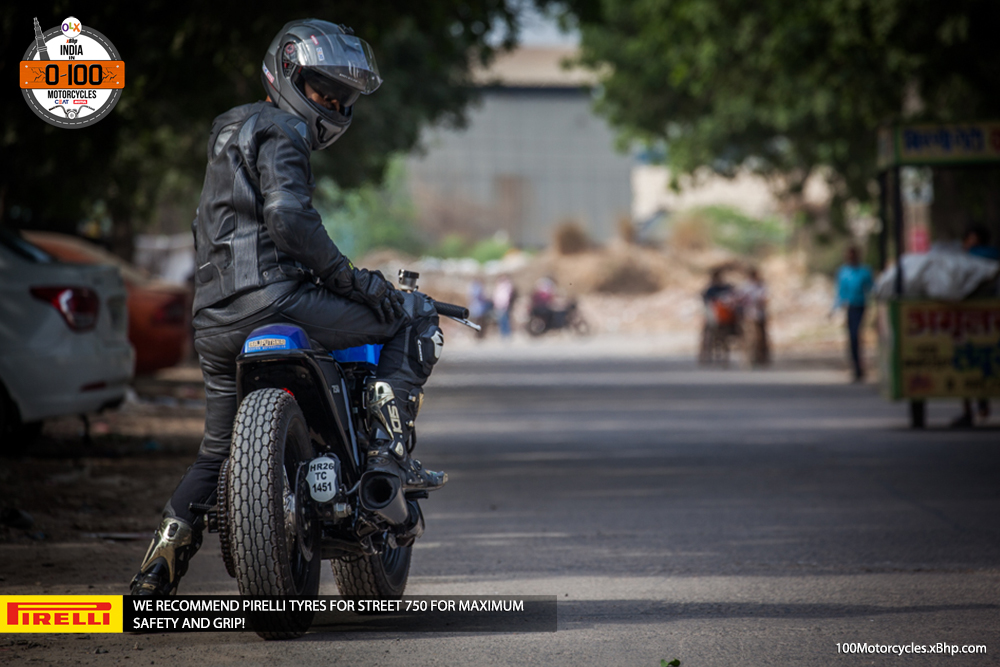 Among the fleet of motorcycles they have customized, there’s a Harley Davidson Street 750 among the latest ones. And you’d have to look a bit close to understand that it is indeed the smallest and the cheapest HD sold in India. 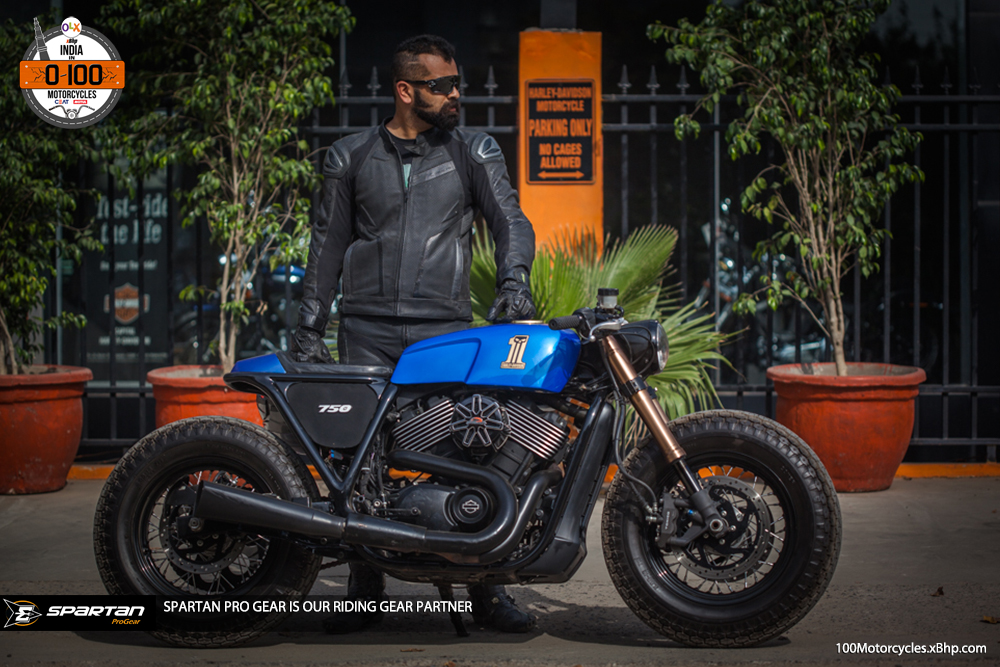 Street 750 turns into a Café Racer Other than the engine, it seems everything else has been changed or redesigned to give it a completely new look. The liquid cooled, DOHC, 8-valve engine remains unchanged. We would not really call the Street 750 a cruiser because it’s not really a laid back motorcycle. Yes, it will eat kilometres like anything but the engine characteristic is more towards performance than to be ridden lazily in a typical cruiser manner. It is more of a Roadster, like the Iron 883, a street bike which is very much capable of taking long distances in its stride in a single go. 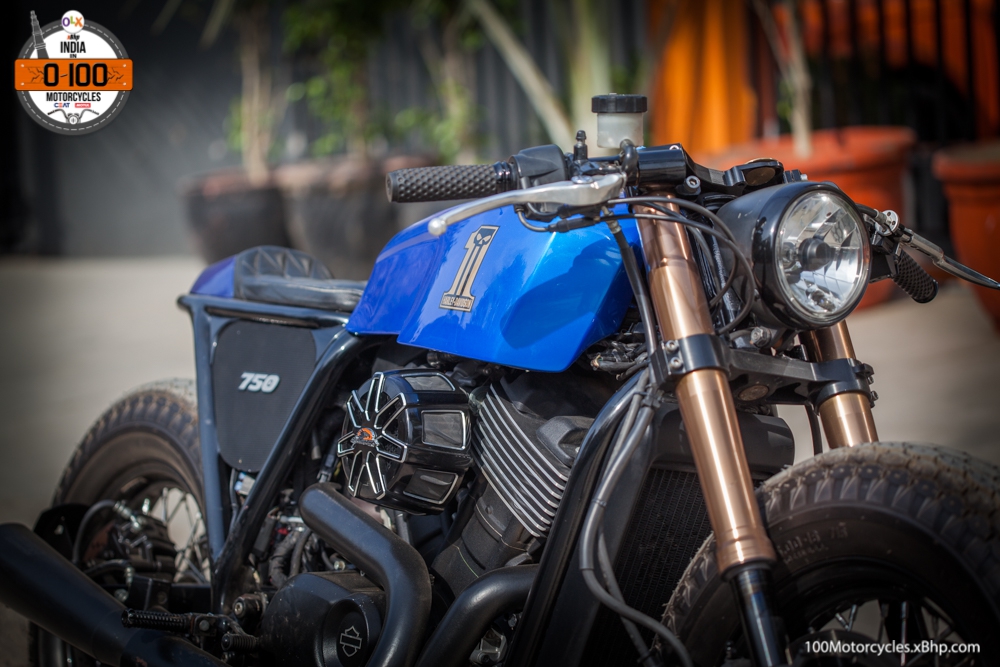 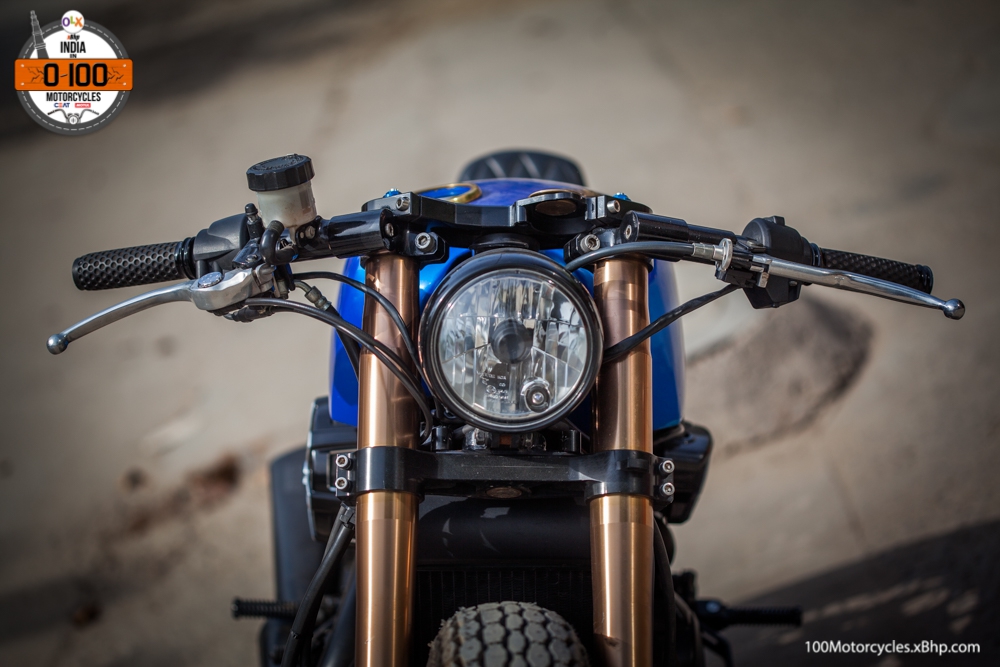 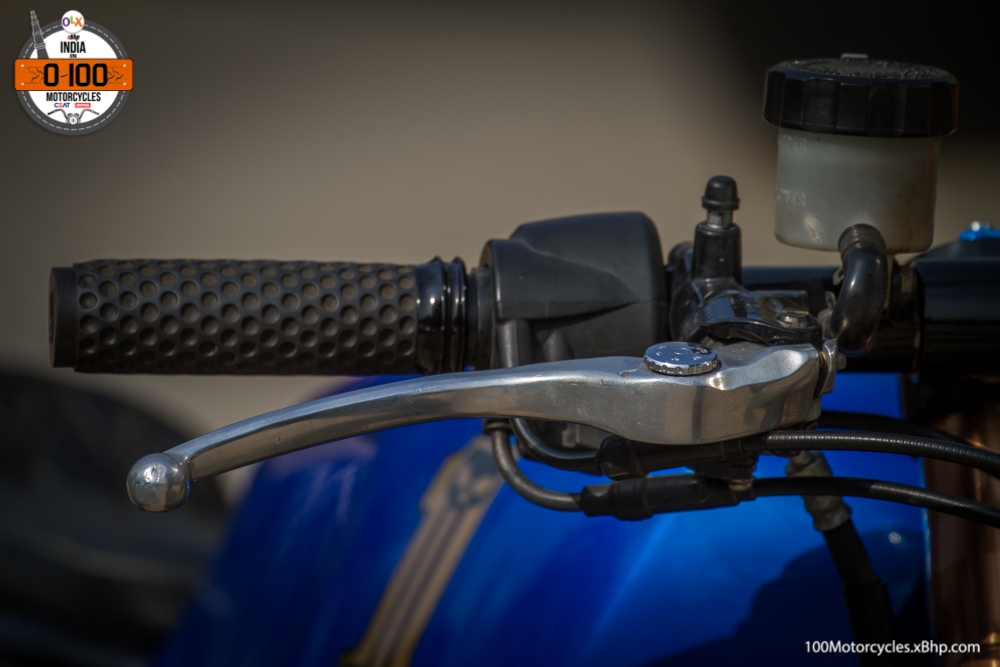 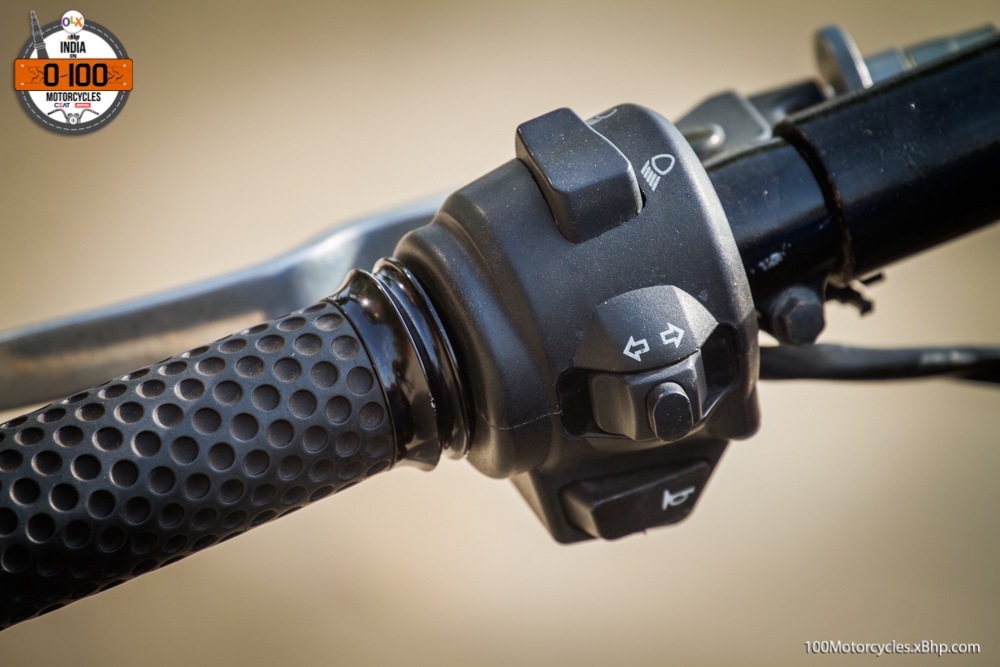 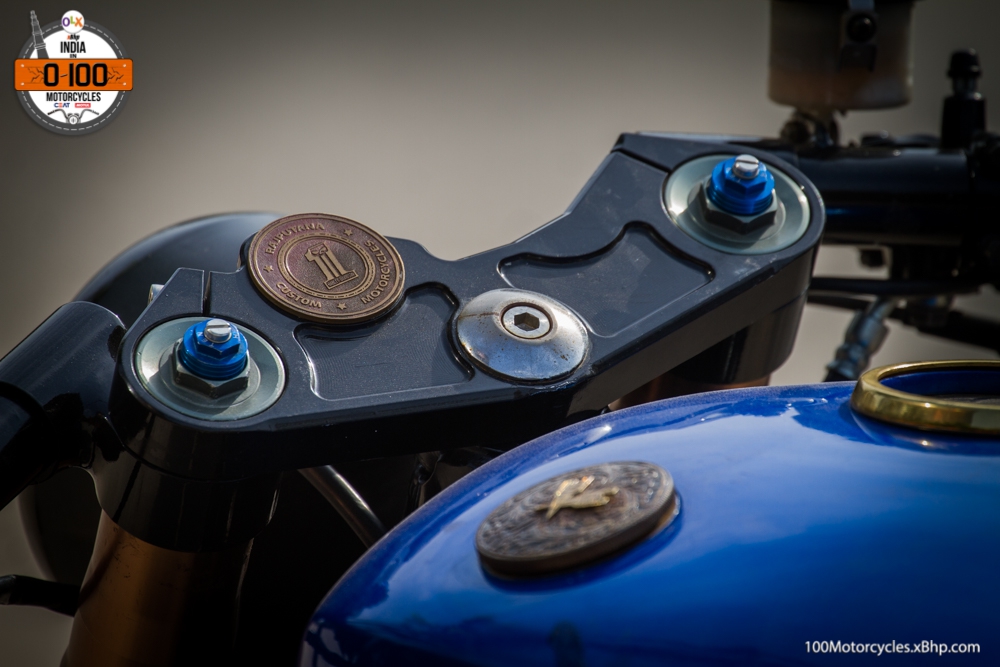 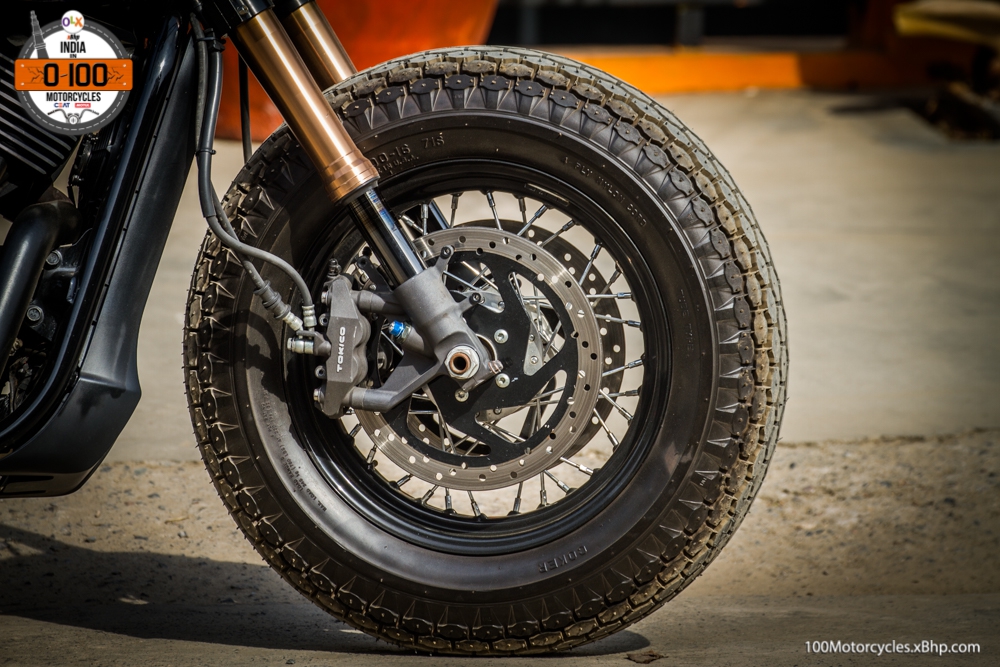 So, we believe, turning this Roadster into a Café Racer is an apt thing to do really. In its new avatar, the fuel tank is different and so is the seat. It’s a visibly thinner seat and there’s no provision for a pillion. And the handlebar is also smaller and lower. All in a conventional Café Racer form. It is a minimalistic design with only the fuel tank playing as the bodywork (if we can call it that way). There’s neither a rear fender nor a front mudguard. 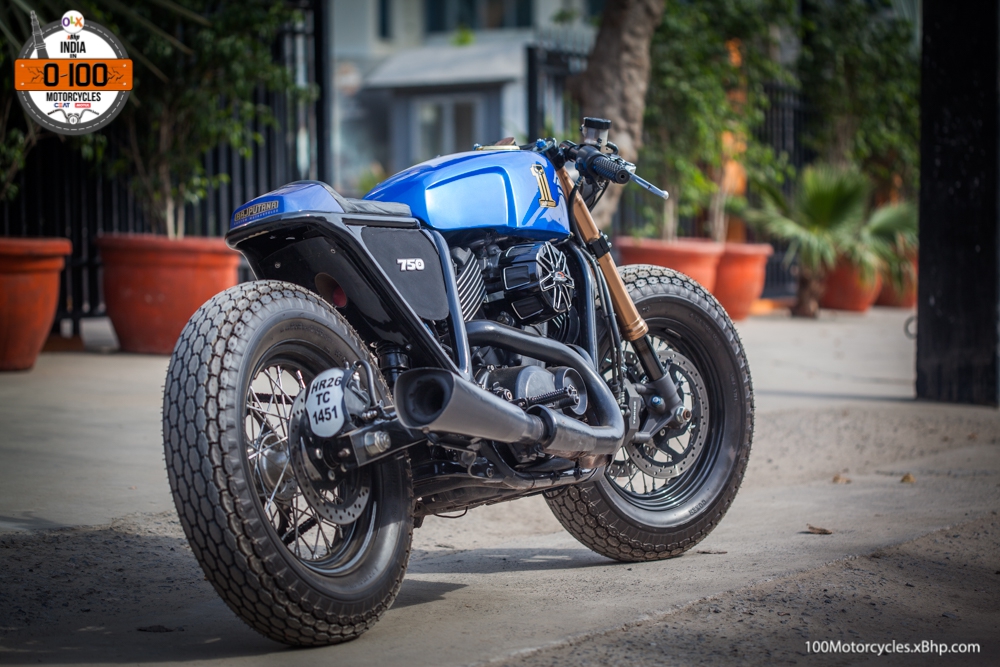 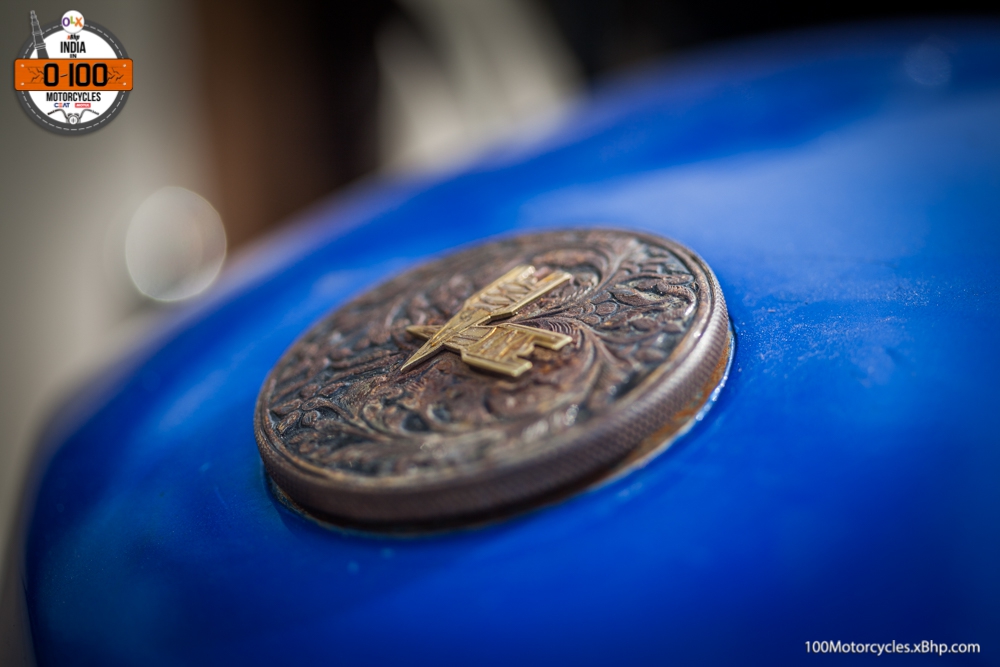 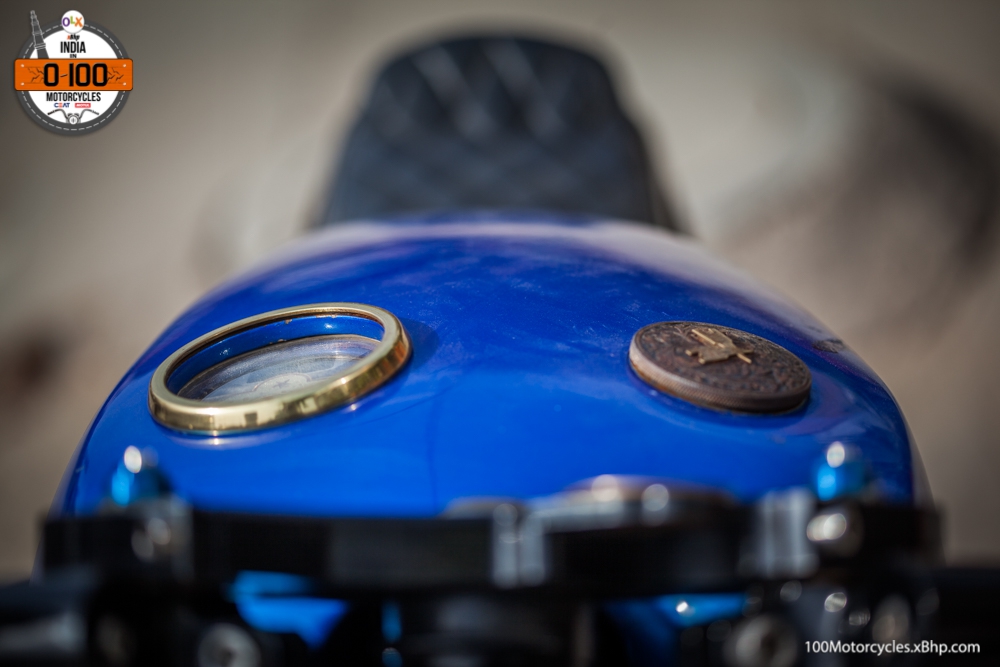 Another change is the suspension at both front and rear. At the front, there’s a pair substantial looking upside-down forks adding beef to the whole design while the twin shockers at the back have been replaced by a mono-shock adding sportiness. Also, the standard single disc brake at the front has given way to twin-disc setup along with the capable Tokico callipers. This isn’t only a showoff motorcycle. 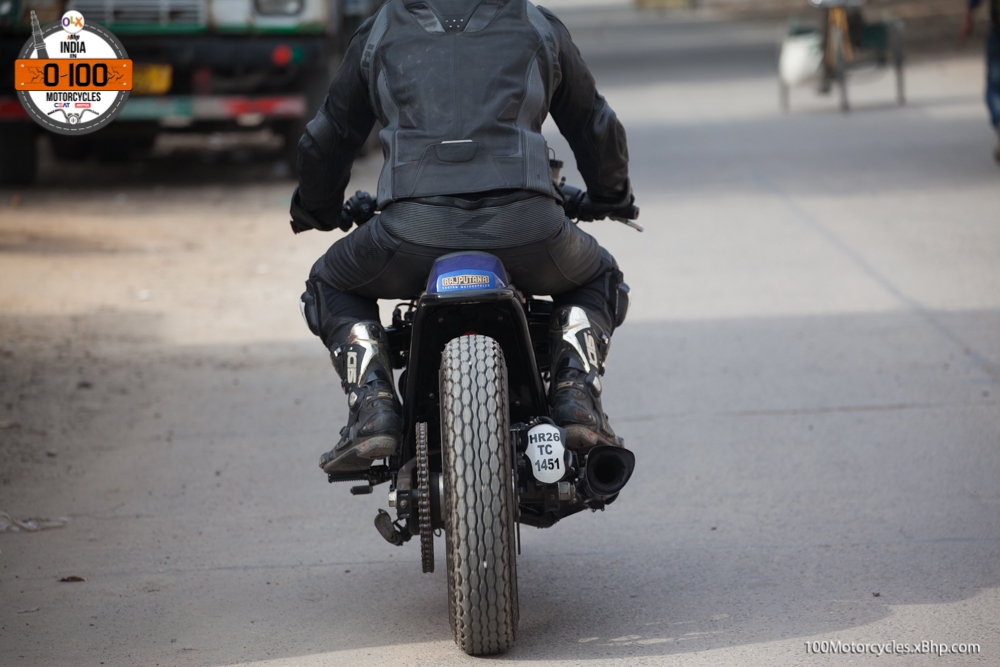 Both wheels are different as well. There’s now spoke wheels doing the duty along with bubble tyres at both ends. While adding to the looks, they do make the handling a bit uneasy especially due to the bulbous front. Lastly, the exhaust produces more growl than the stock one. It is a very interesting motorcycle no matter you like the ride or not. The good thing is, it looks like it can be made as a production motorcycle. It is a bit impractical but not outrageous to not be production worthy. Clearly, it would need to have certain changes like the addition of front and rear fenders, provision for the license plate and things like that. We are sure that if HD would make one, it would be quite successful. 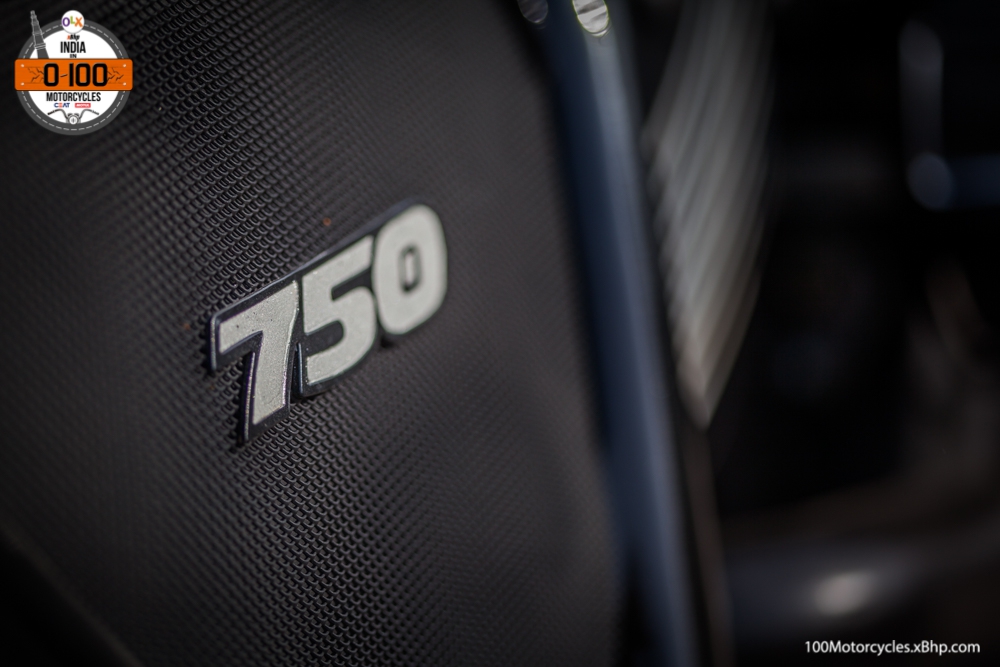 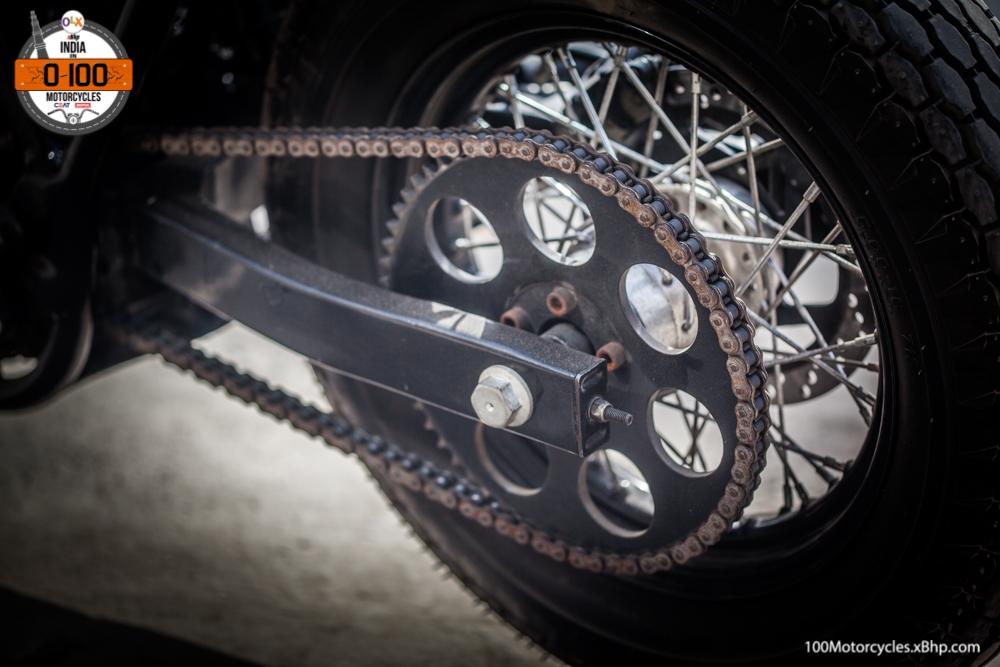 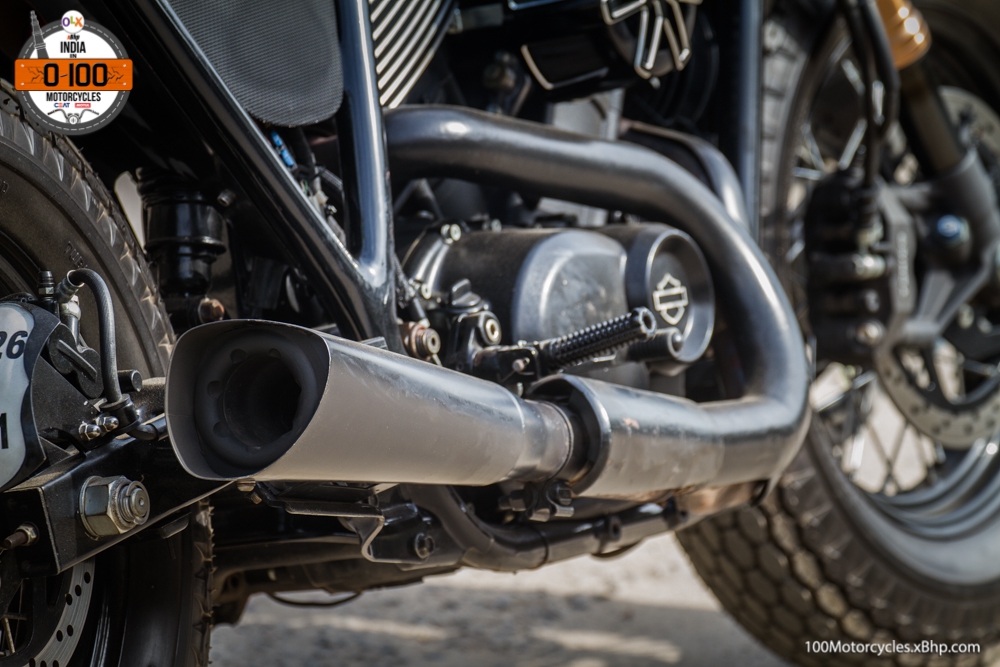 Street 750 is a great effort by the Motor Company. For sale in India, it is made in India and that’s a proud moment for us. This also makes it very affordable and a great way to enter the Harley Davidson lifestyle. 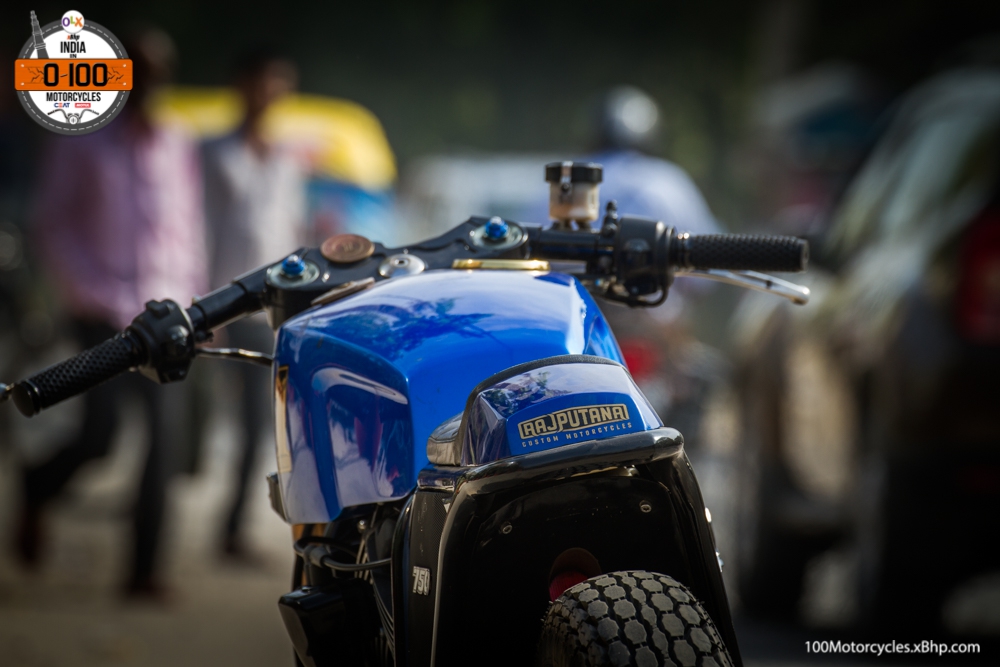 It is only appropriate that Rajputana Customs chose this motorcycle to give it a sportier persona that too in a classic way. We thank them for that.
Share this article