Think about a movie which is quite faultless in execution with the perfect cast and the matching background score, but it isn’t commercialized enough for you to consider it making it a flop on the box office eventually. Or that it is simply lacking something, an x-factor, which doesn’t excite you enough to watch it. You know it’s there and that it is probably one of the best movies you’d ever see, yet, you won’t take the plunge. You would rather prefer something more conventional perhaps. Running low on budget? buy your favourite Honda motorcycle on OLX.?  VFR 800 by Honda is like that movie. It’s been quite brilliantly built, especially the latest one, with all the mechanicals and software working in harmony giving their best while the exhaust note isn’t too bad either. However, it hasn’t ever been as big a commercial success as Honda would like it to. Something in it didn’t quite get the hearts singing in most riders. 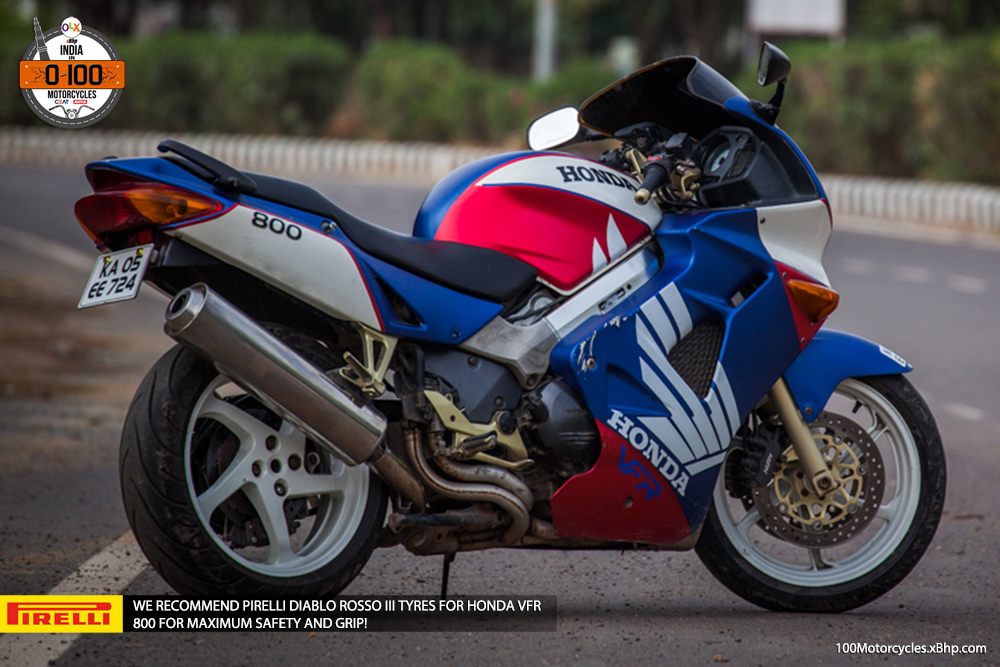 But this is where the likeness between a movie and the motorcycle ends. A movie is made and the same one can’t be upgraded. It can only be remade and that one can either be better or even worse than the first one. With motorcycles, however, manufacturers continuously update them with newer technologies as and when possible and in all likeliness, the new one is always a better motorcycle than the previous iteration. 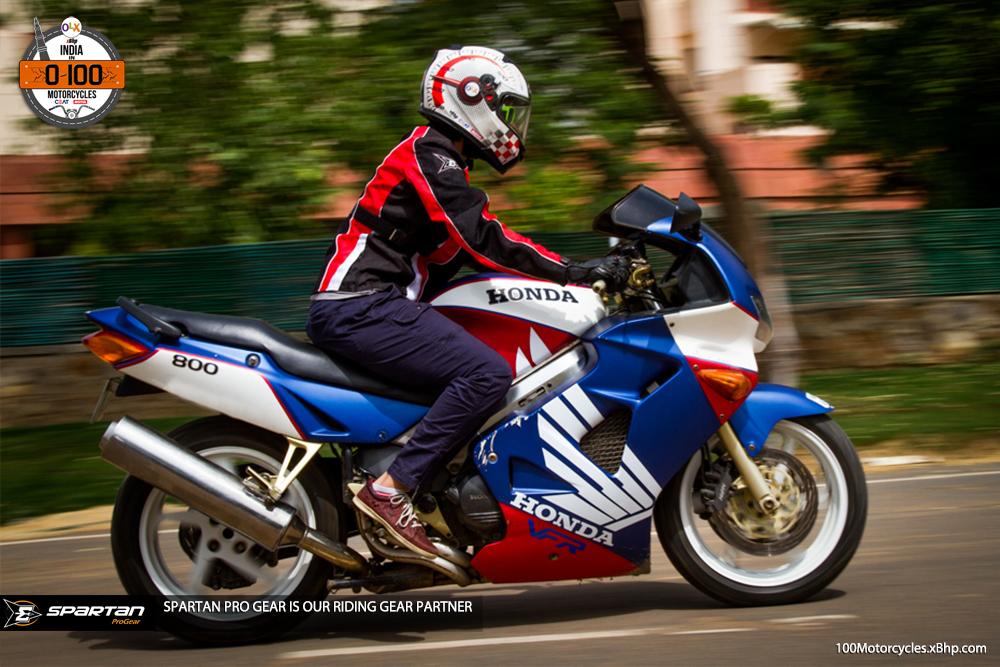 Honda launched the VFR 800 in 1998 as the successor of the VFR750F. One of the major differences between the two motorcycles is that the 800 is fuel injected and the 750F carbureted while the similarity remained in the fact that both had the V4 engine. Other than having the V4 engine layout, the most popular element of the VFR 800 remains the V-Tec system which was introduced in the 2002 model. Because the engine had 4-valves per cylinder, V-Tec allowed only two valves to operate in lower RPMs (engine speed) and all 4 valves would operate from around 6,800 RPM and above. This would ensure good low to mid-range torque while very good top end power. 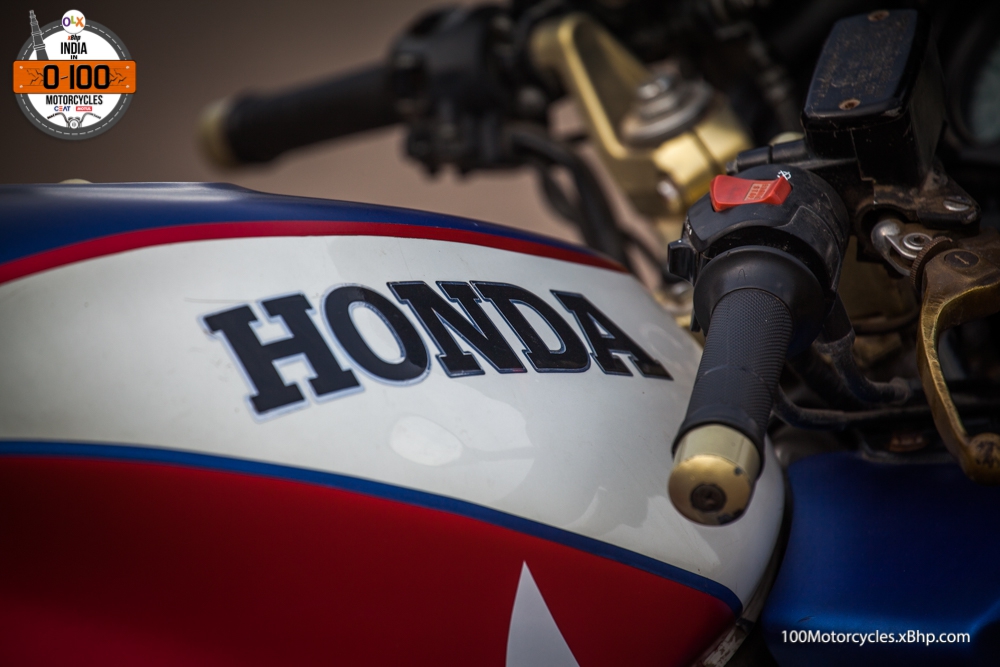 However, the one we rode is the earliest version which did not have the V-Tec. Its V4 engine displaces 781.7cc and the unit churns out around 108.5 BHP at 10,500 RPM and 82 NM of torque at 8,500 RPM. It was quite a remarkable motorcycle for its time with the single-sided swing-arm and attached to it is Honda’s pro-link mono-shock. The front suspension is conventional telescopic forks. 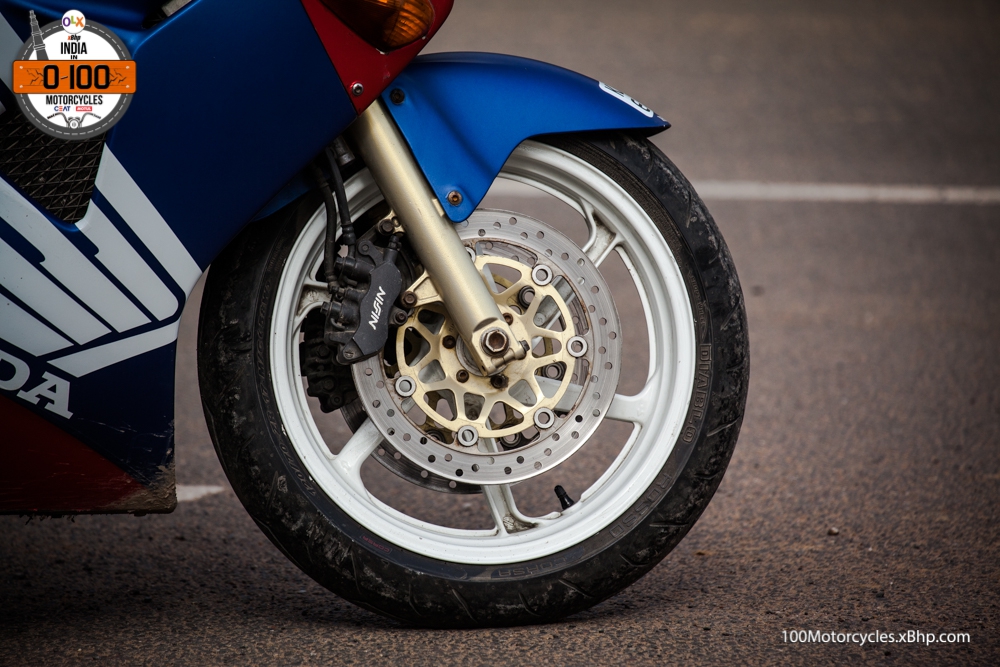 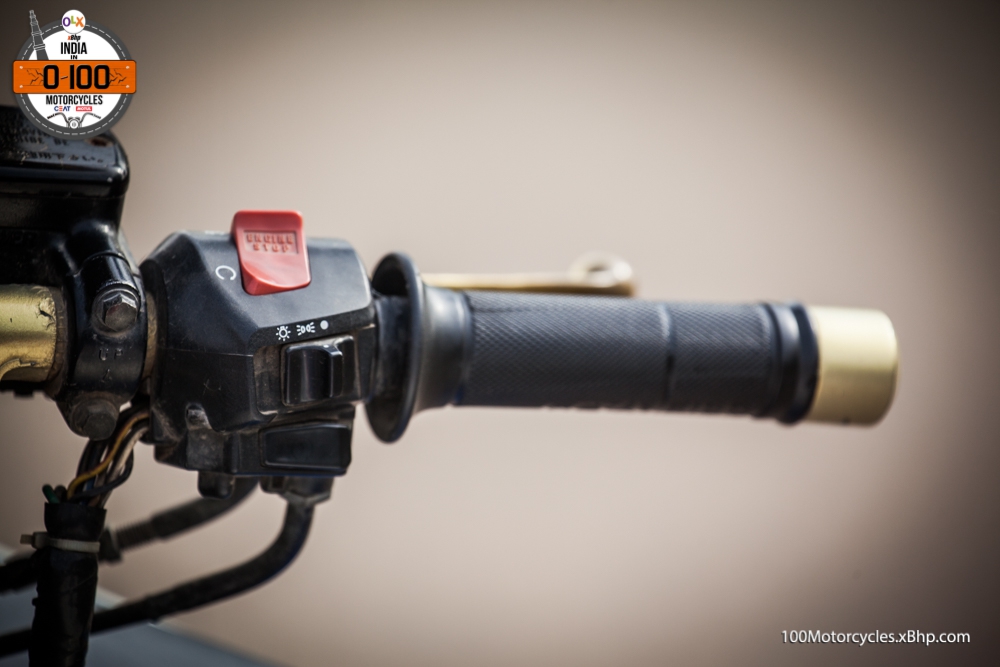 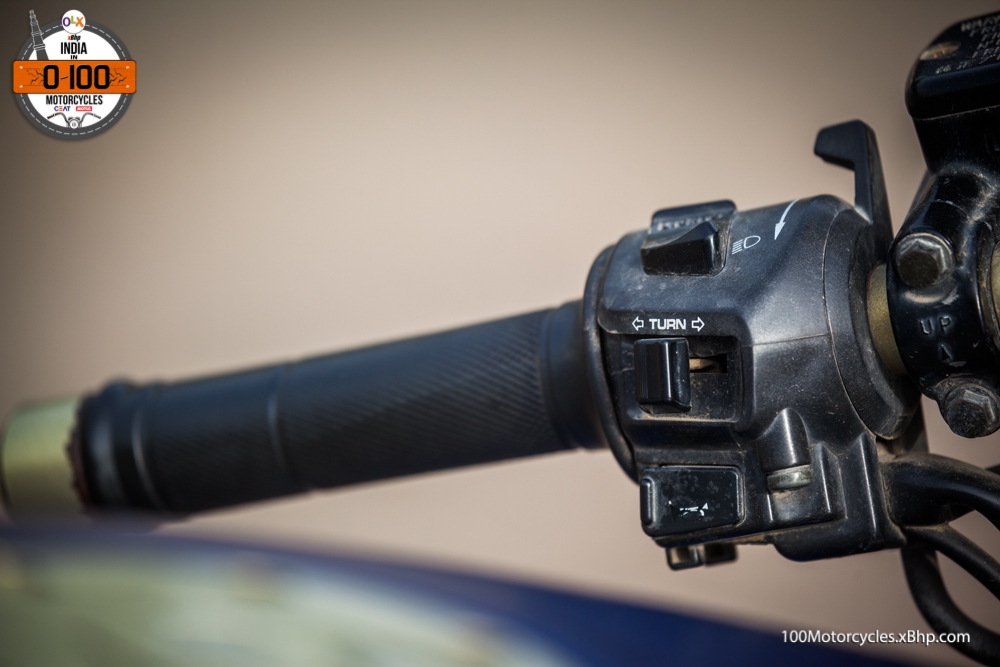 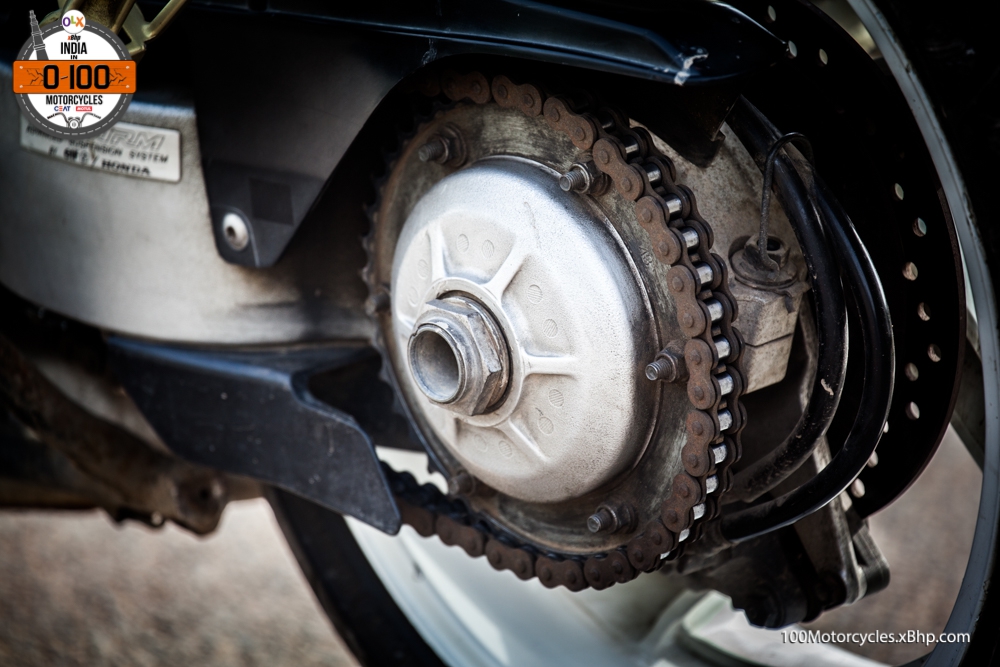 Instilling sport into touring for years VFR 800 has been considered one of the best sport-touring motorcycles for years and this is not without a reason. The riding position is forward leaning but it maintains a fine balance between comfort and aggressiveness. It can be ridden for hours in the saddle without much tiredness coming into effect. The engine, on the other hand, is exceedingly friendly at all speeds even though the V-Tec models were known to have a noticeable surge of power at higher RPMs when all 4 valves would work. 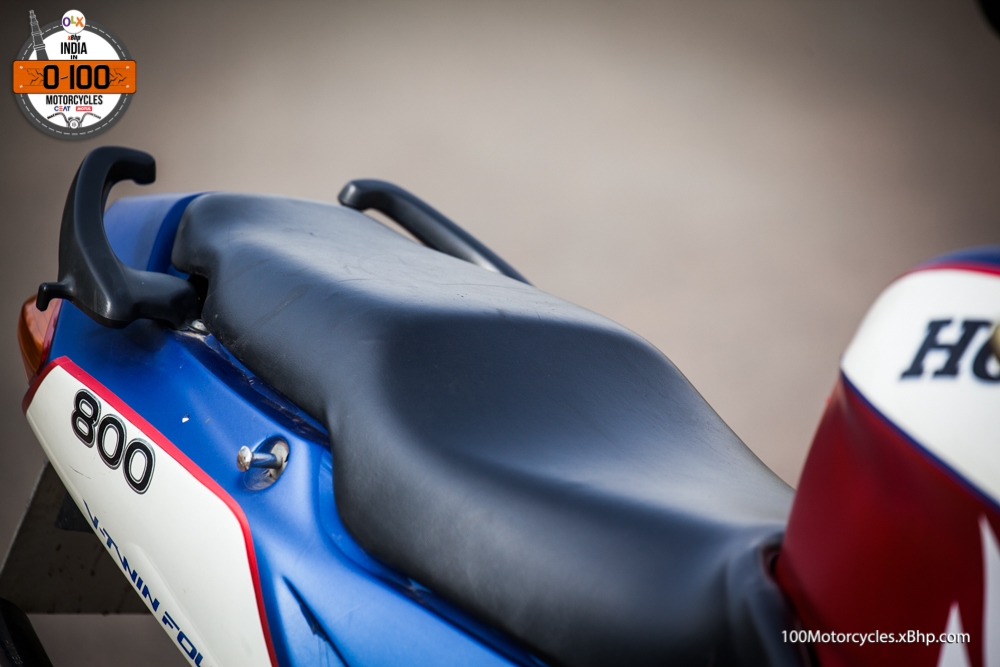 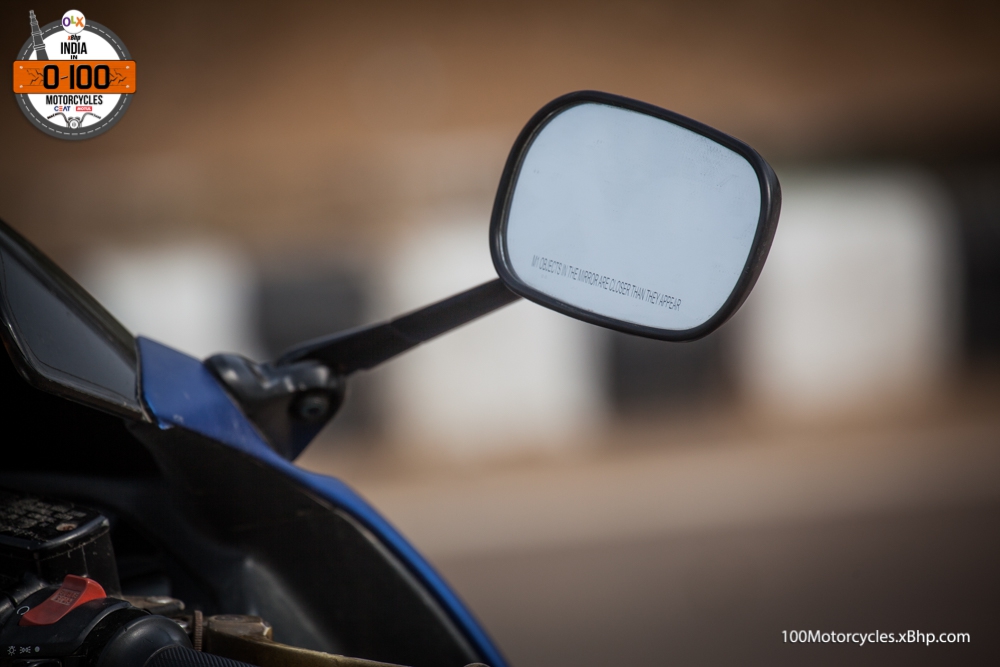 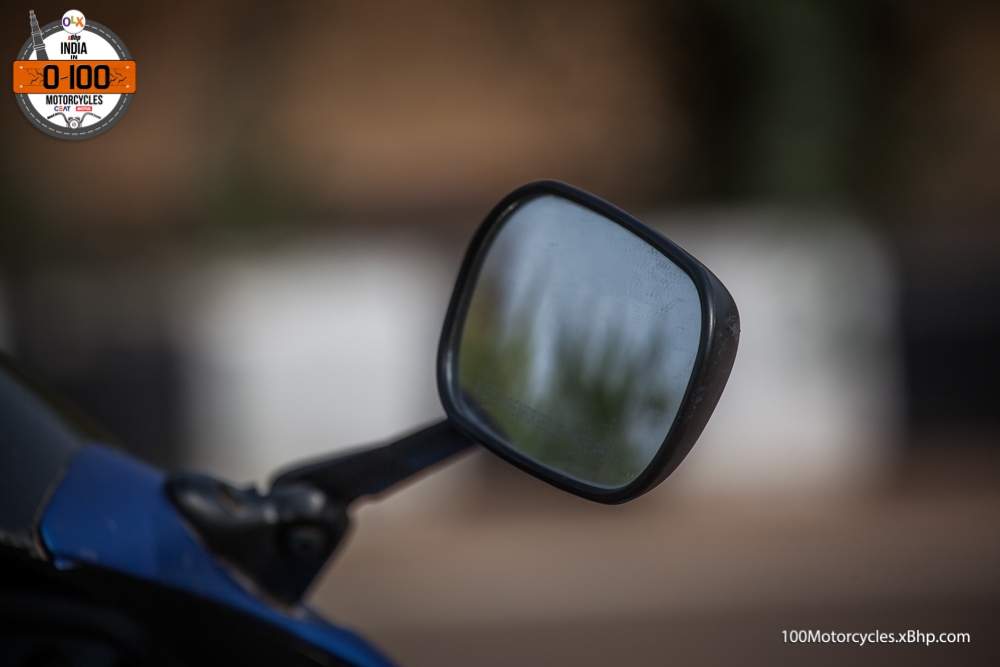 The VFR has gone through a number of iterations so far – from the side exhaust of the earliest model it went to the under seat setup in 2002 (and this is the one that got the V-Tec) and now, in its current variation, it has again gone back to the side-mounted exhaust. The latest version of the VFR 800 is naturally the most advanced one. While the engine is more or less unchanged, it’s got the completely new bodywork which includes LED headlight and the tail-light. Also, it gets all the basic safety features like ABS and Traction Control. 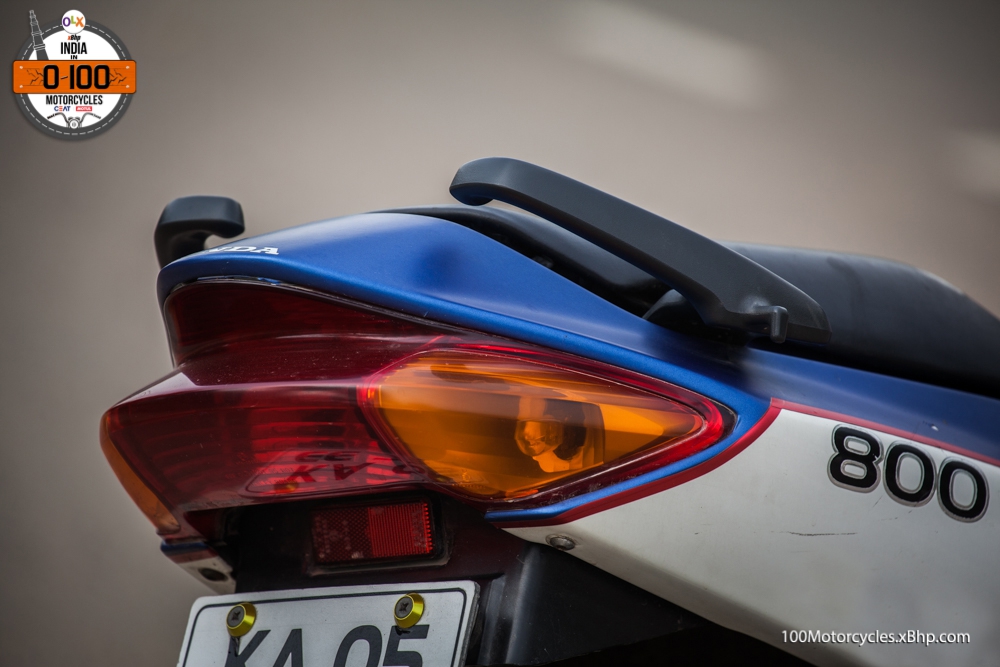 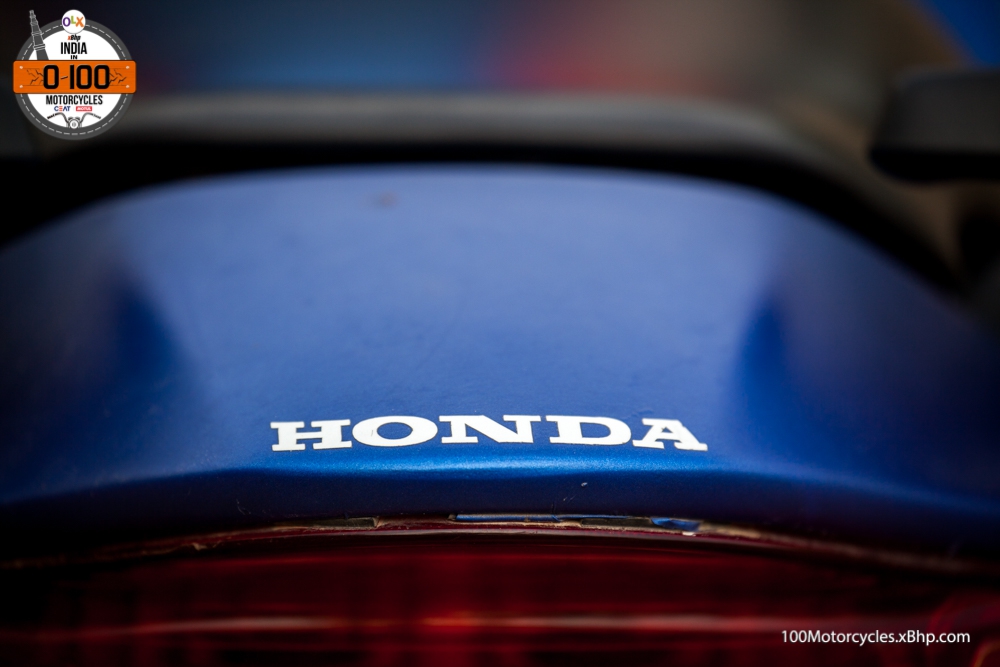 So why does it not sell much if it’s that good? If we had to guess, we would say that the looks aren’t enticing enough. It’s not bad, but then, it’s not right up there as well. Honda is often known to create simple-looking designs (leading to boring, at times) for their motorcycles irrespective of what segment they are in. Perhaps, the VFR 800 suffers a bit there. Although, it could also be that making a motorcycle look radical may not be too easy if you’re chasing practicality especially when that includes a pillion. 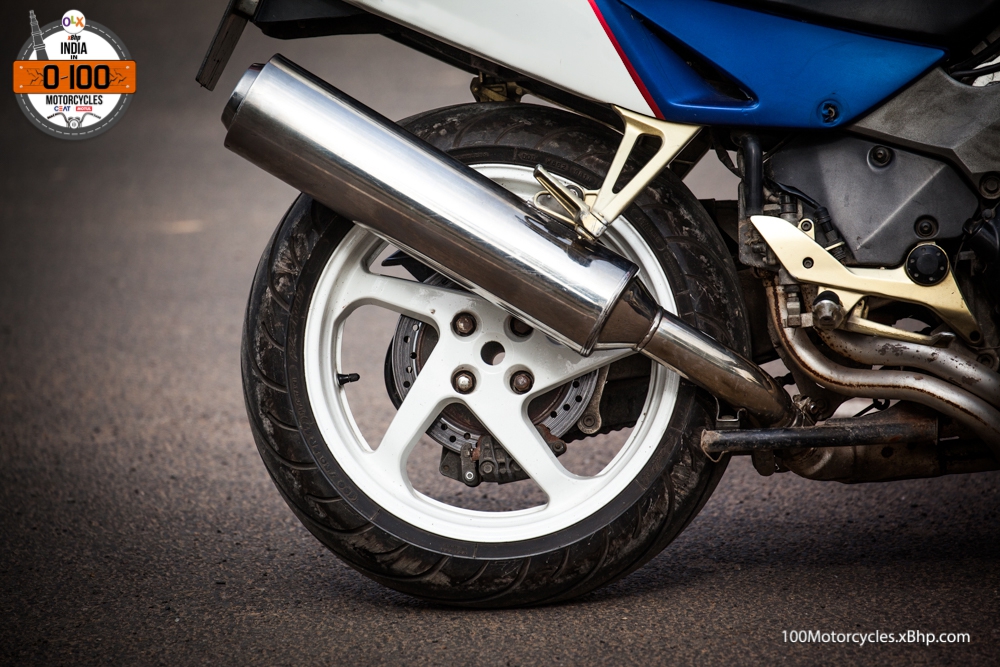 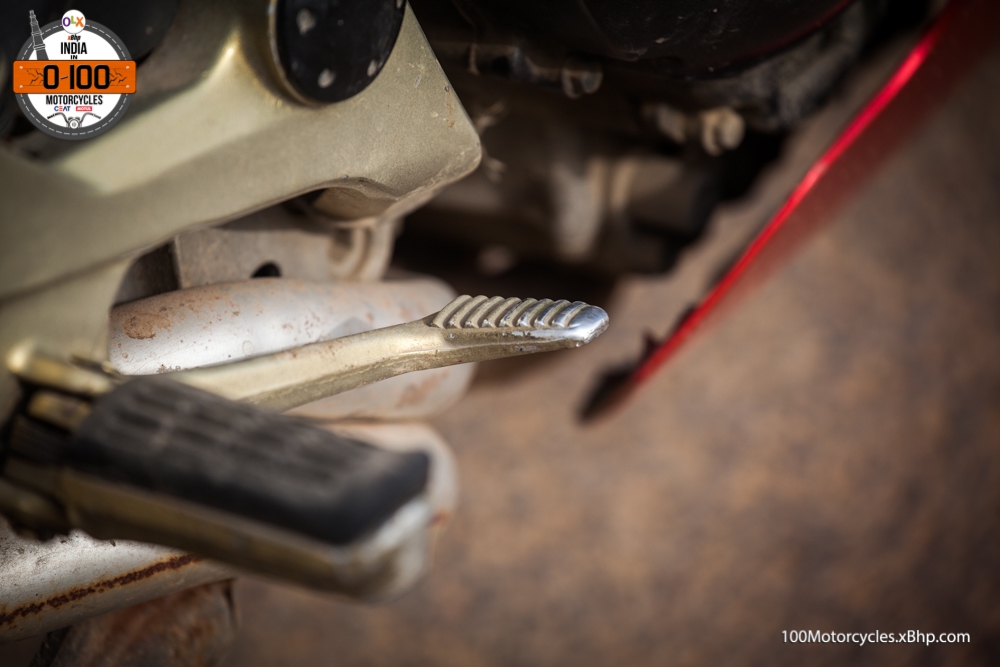 Looking at the lifeline of the VFR 800, one thing is apparent, it is one of the most reliable and long-lasting motorcycles in Honda stable. The engine is literally bullet-proof; the fact that it is mostly unchanged in the latest version says a lot about its unparalleled usability. Sadly, it is not available in India, it never was. If you or I want one, we would have to look for a second-hand specimen perhaps. Here, platforms like OLX can help a great deal in finding a motorcycle of our choice and at much lower cost. 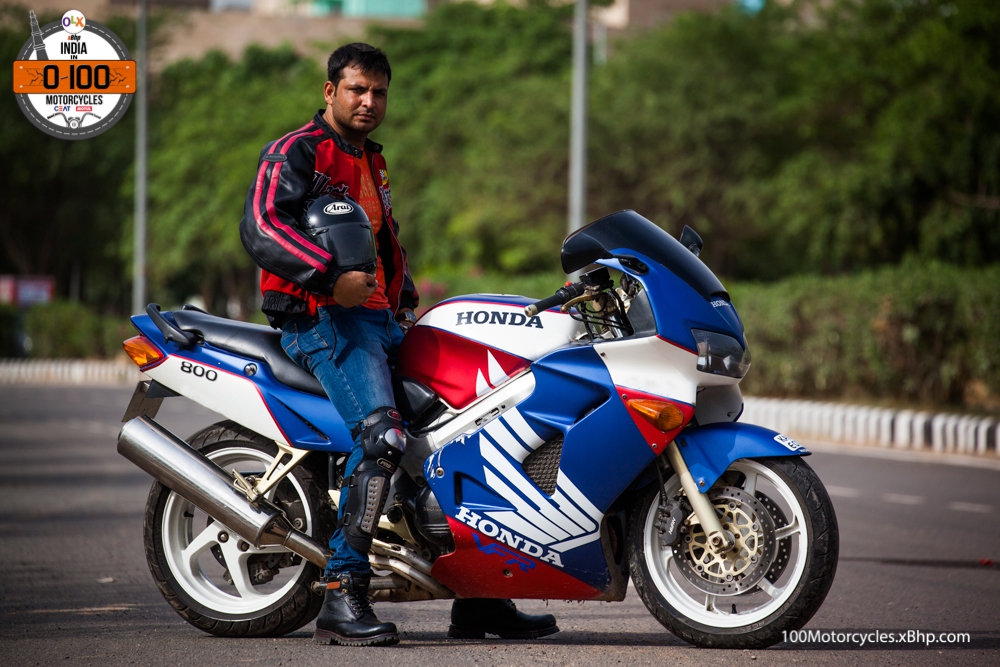 We would like to thank Mr. Jai Tokas for taking out his time and allowing us to spend time with his dependable Honda VFR 800i.
Share this article