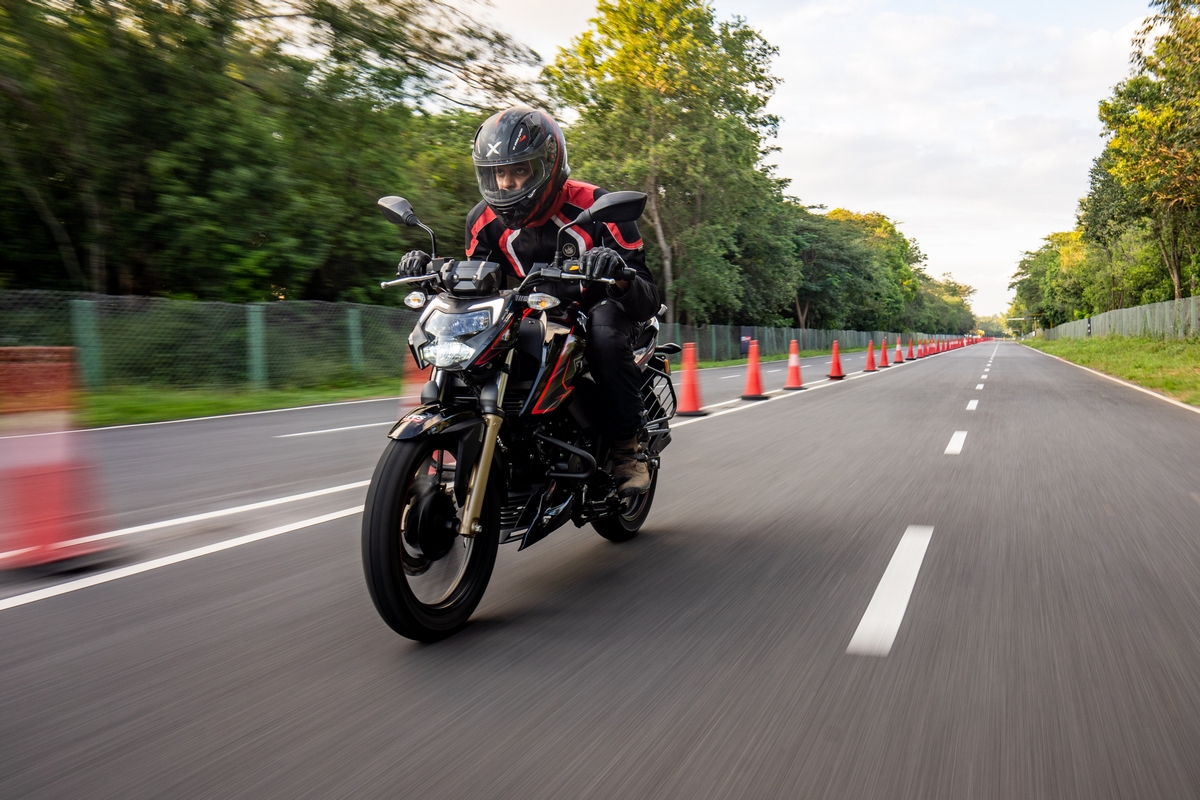 Ever since its introduction, TVS Apache series has always been considered to consist of a few of the best performance motorcycles in India. Recently, TVS launched two new ones; the 2020 TVS Apache RTR 160 4V and 200 4V.

Both the motorcycles pack a few upgrades in addition to the BS-VI compliance which is ‘deemed’ notorious for stealing away some of the performance. So the question is, do the new Apaches still evoke the same emotions as before? Let’s find out.

So, first off, let’s get this out of the way… the changes are limited to slight visual, some mechanical and a few technical revisions. And the overall impact of these revisions is limited to enhanced comfort and ease of riding.

The most obvious change in both the motorcycles is the front fascia, the headlight to be precise. The unit is now LED and gets high-intensity position lamps. TVS also claims that the illumination is much better and has a warm-white colour to simulate daylight conditions. Tall claims that we’ll only be able to verify in a full-blown roadtest but we are quite sure that the claims are not very far off from the real thing.

Apart from the headlight, the visual changes succumb to just graphics. The 2020 Apache RTR 160 4V gets a racing flag on the tank and on the tank shroud. The seat is dual-tone but TVS claimed that it was more comfortable too. The seat on the previous iteration was not so bad either. So, we cannot verify those claims without a few jaunts on it alongside the old one.

The 2020 Apache RTR 200 4V also gets revised graphics with generous use of red streaks and carbon-fibre decals. The headlight also has the SmartXonnect sticker.

Overall, both the 160 4V and the 200 4V have always been lookers and the new iteration adds a pinch of aggression to the tried and tested design. We are all for aggression but some people may feel that the headlights of the older ones were better. We think that the new ones look good but in the daytime, the so-called ‘fangs’ could have used some better plastic. Apart from that, both the motorcycles have been bestowed with high-quality fit and finish, a trademark of motorcycles from the stable of TVS.

Like we mentioned before, the changes on the mechanical front are minimal with the new iterations. The elephant in the room is BS-VI compliance. Purists have had their ‘issues’ with reduced performance (even if ever so slightly) and environmentalists have welcomed it citing the reduced emissions. We… are rather unfazed until it brings about significant real-world changes which deteriorate performance.

In the case of the 2020 Apache RTR 160 4V and 200 4V, the changes on paper are minuscule and in the real world, almost non-existent. But for the sake of being thorough, let’s list them out.

In the real world, the performance feels no different when compared to the previous iteration as despite the slight reduction in power and torque. In fact, compared to the carbureted variant of the previous model, the 2020 Apache RTR 160 4V feels peppy because of the RT-Fi (Race Tuned Fuel Injection… ah well) and the throttle response is crisp. The refinement is stellar and there are very less to zero vibrations all throughout the rev-range. Overall, not a lot has changed in the performance department of the Apache RTR 160 4V and that’s actually a good thing.

On the move, the RT-Fi ensures precise throttle and enhanced responsiveness. As we rode both the 160 4V and 200 4V in succession, the 200 4V felt more entertaining because of the increased power albeit at the expense of slightly lower refinement. But then again, knowing the Apaches, this seems more like a characteristic of the motorcycle than a flaw. The RT Slipper Clutch makes rapid downshifts fun, without the risk of losing traction and prevents wheel hops. This is one thing that you love to not only use, but abuse if the opportunity to do so presents itself.

Now, time to talk about the prominent features. First, the feather-touch-start-the-motorcycle-with-a-touch-ever-so-slight-that-it-borderlines-to-being-inappropriate. Our apologies… these terminologies take their toll. The bottom line is that both the motorcycles come alive at the slightest touch of the starter.

More importantly, both the 2020 Apache 4V models feature a nifty tech that TVS has christened as GTT or Glide Through Technology. What it does is that you can release the clutch slowly, without needing to meddle with the throttle, and the bike starts to move… and it keeps going like that, much like cars. A handy technology especially if traffic is one of the woes of your daily-commute.

To wrap this section up, the performance of both the motorcycles is one of the best in their respective classes and is enough to keep your engaged, both on the road and the racetrack. GTT is a commendable addition meant to enhance riding comfort.

This is the part which remains the most ‘unchanged’ in both the motorcycles when compared to their previous iterations. Almost all the aspects, from the geometry to the rider’s triangle, remain the same. And therefore, both, the 2020 Apache RTR 160 4V and 200 4V, remain great handlers.

The chassis, the sharp-ish rake, relatively short wheelbase and well-balanced suspension mean that both the Apaches salivate at the sight of corners. Mid-corner corrections are a breeze and the motorcycles remain composed even under hard braking. And thankfully, the tout handling package does not come at the expense of comfort.

The 2020 Apache RTR 160 4V comes with SuperMoto ABS (read single-channel) and so, if you ever want to summon your inner Ruben Xaus, you certainly can. The disc on the rear wheel is optional and that determines the size of the rear tyre. The disc variant gets a 130-section tyre on the rear whereas the drum variant makes do with a 110-section one.

Now, the 2020 Apache RTR 200 4V comes with a 130-section radial tyre (Eurogrip) on the rear. The difference that it has induced in the handling department makes itself apparent in the corners. When leaned over, the motorcycle has more pronounced stability throughout the corner. That also inspires the rider to get on the throttle even quicker than before at the exit.

And now it’s time for probably the hottest (not the newest though) feature which is exclusive to the 2020 Apache RTR 200 4V (the 160 4V doesn’t get it), the SmartXonnect system. And it is quite a comprehensive system too. As a result of this tech, the motorcycle gets turn-by-turn navigation, Call/SMS alert, low-fuel warning and navigation to the nearest fuel station, crash alert and probably the one thing that might interest a lot of people, race telemetry.

One can use the app to connect their cellphone to the motorcycle’s console and make use of all the above features. It displays the top speed achieved (we got 123 km/h), quickest 0-60 time (we got 3.5s), the max g-force experienced (we forgot!), and the maximum lean angle achieved.

Now, the last two are rather tricky as they are sourced from the sensors on the phone. While the g-force reading may be correct (with a slight room for error, of course), the lean angle depends on the phone’s orientation. If you keep it in your pockets, the readings can be incorrect and may even be outrageous!

One of the screenshots shows it to be 88 degrees… Beat that Marc! We dare ya! We double-dare ya! But we digress… the only way to get even a remotely reliable reading of it is to mount your phone on the handlebar and keep it as upright as you can…

Verdict… what could be the possible verdict of the reviews of two motorcycles which do almost everything almost perfectly? The 2020 Apache RTR 160 4V has ample power, is very refined, the handling leaves not a lot to be desired and comfortable ergonomics (despite the slightly rear-set footpegs).

The same goes for the 2020 Apache RTR 200 4V and SmartXonnect (and that sweet, sweet exhaust note) is the icing on the cake. And let us not forget the radial tyre (only on the 200 4V) and GTT (on both). So, the answer to the question that popped up, in the beginning, is YES! And an emphatic one at that! It still does everything that we expect an ‘Apache’ to do and then some.