BMW Motorrad has revealed the first complete carbon fibre frame track-only superbike HP4 RACE at the Auto Shanghai 2017 show in China on 18th April 2017. Edgar Heinrich, Head of Design BMW Motorrad and Josef Machler, Product Manager Sport & Tour has introduced a handcrafted masterpiece that is designed solely for the racetrack which produces 212bhp at 13,900 rpm and 88.5lbft at 10,000 rpm.

BMW Motorrad says it “epitomizes the brand’s reputation for innovation, pioneering technology, and class-leading performance. Composed of a carbon fiber main frame, carbon fiber wheels and pure racing passion – The HP4 RACE is lighter, faster, stronger and more revolutionary than anything you have seen to date. Limited to only 750 individually crafted pieces it is not just a bike designed solely for the racetrack, but also a statement about craftsmanship, high-tech innovation and the passion of our engineers.”

BMW explains the insights of  HP4 RACE as follows,

Maximized to the essentials

The HP4 RACE is more than the sum of its parts. This bike is pure emotion. From the development right up to the racetrack, passion is what has made this race bike what it is. An innovation driver, designed to push the limits. The HP bike is the first motorcycle in the world to offer a full carbon frame and fully carbon wheels. With 158 kW (215 HP) of power, it weighs just 146 kilos (dry weight). A handmade dream come true for 750 enthusiasts.

The HP4 RACE is a masterpiece of engineering prowess. Each and every one of the 750 limited-edition racing machines was handmade by our specialists and fitted with a numbered sticker. Concentrated passion that we only produce for those who share it. For those who have no limits and always go further. Frontier crossers whose requirements are not only satisfied by the HP4 RACE but have to redefine their requirements. There are only a few like this. More precisely: seven hundred and fifty.

The new benchmark in lightweight construction.

The frame of the HP4 RACE is made of endless carbon fibre and is a continuous component from the steering head to the swingarm pivot. Compared to the standard frame, it saves a full four kilos in weight. For the BMW HP4 RACE’s carbon technology, it’s not about how it looks, but rather its characteristics. They facilitate the precalculation and incorporation of function-dependent torsion and rigidity. As rigid as aluminum, as hard as steel. All advantages of the carbon material were fully exhausted on the wheels. They remain particularly flexible.

Perfection right down to the smallest detail.

Developed for the racetrack through and through, the HP4 RACE has a self-supporting carbon front that practically devours the headwind with its aggressive split face with the ram air behind. The dome-shaped windscreen offers riders optimal protection and keeps them in the streamline. The perfect interplay between paintwork and carbon material makes the HP4 RACE an absolute highlight when it can be admired at a standstill. A new era is dawning for colour too. With the HP4 RACE, we present the new HP motorsport colours Light white uni / Racing blue metallic / Racing red uni.

Made by hand in Berlin, the HP4 RACE engine is a further development of the engine from the long-distance WM and the World SBK. It produces 158 kW (215 HP) and the maximum rotational speed was increased to 14,500 rpm. The maximum torque of 120 Nm is at 10,000 rpm. The first service, including an oil change, is carried out after the engine has been run in and recorded on the test stand by our specialists. The engine is an endoscope and the control times and valve clearance are adjusted. Meaning that the HP4 RACE is ready to reach its full potential on the racetrack right from delivery.

The best lap times are a question of adjustment.

The HP4 RACE’s racing claim is reflected in every component. There is a 2D dashboard in the self-supporting carbon front that contains all of the important information for drivers and engineers. The 2D data recorder allows the recorded data to be saved and read out. The dynamic traction control (DTC) is operated with precise buttons and offers the optimal traction for every racing situation. The gear-dependant power delivery and programmable engine brake and wheelie control are further electronic features that, in addition to the pit lane limiter and launch control, guarantee problem-free racing operation. The electronics are topped off with the minimized cable harness and the lithium-ion batteries installed in the self-supporting carbon frame tail. The carbon frame tail, an additional part of the optimal ergonomics of the HP4 RACE, can be adjusted to three levels.

Individual, from the seat height to the model number.

Other driver-specific adjustments can be made to the handlebar tapering and the footrest system. The HP RACE shift assistant Pro with shift direction inversion gives clear feedback at every gear shift. The six-gear, “close-ratio” transmission has transmission stages adapted to the World Championship specification and can be further adapted with additional secondary transmissions (contained in the scope of delivery). At World Championship level and with 158 kW (215 PS) to work with, the oil and the water-cooled four-cylinder four-stroke engine is built by our specialist team, checked on the test stand and delivered with a test certificate. Every single engine achieves the required power curve.

Well thought out for the biggest challenges.

The FGR 300 upside down fork and the TTX 36 GP spring strut made by Öhlins are known from the World Superbike. The Brembo GP4 PR brake callipers, which are used in the MotoGP, lead to superior brake performance in combination with the 6.75 mm-thick 320-T-Type racing steel brake discs. The HP4 RACE’s carbon fibre woven rims save 1,540 grams in comparison to forged wheels and are noticeably more agile thanks to the reduced mass. The consistent lightweight construction is continued with the Volltitan exhaust system from Akrapovič and the hand-brushed aluminum tank. After all, those are also the details that make a dry weight of 146 kilograms (171 kg / DIN empty) possible. The titanium screws installed in the sizes 6, 8 and 10 do not only save weight on the HP4 RACE, but also on the tools required. 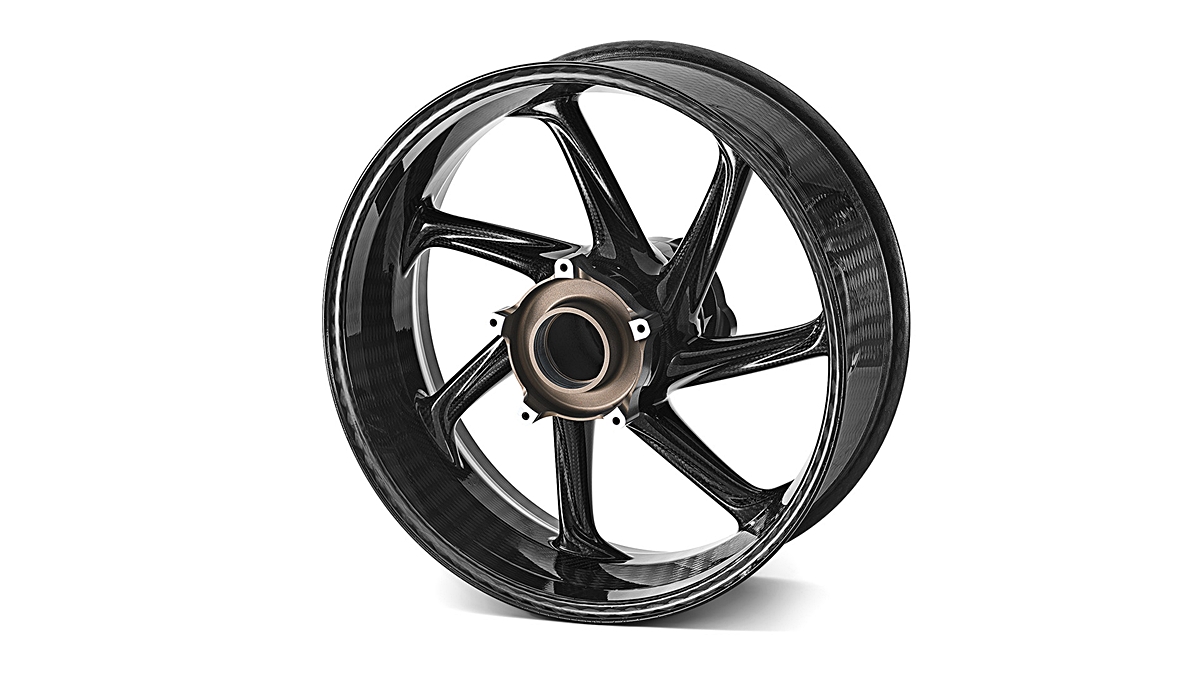 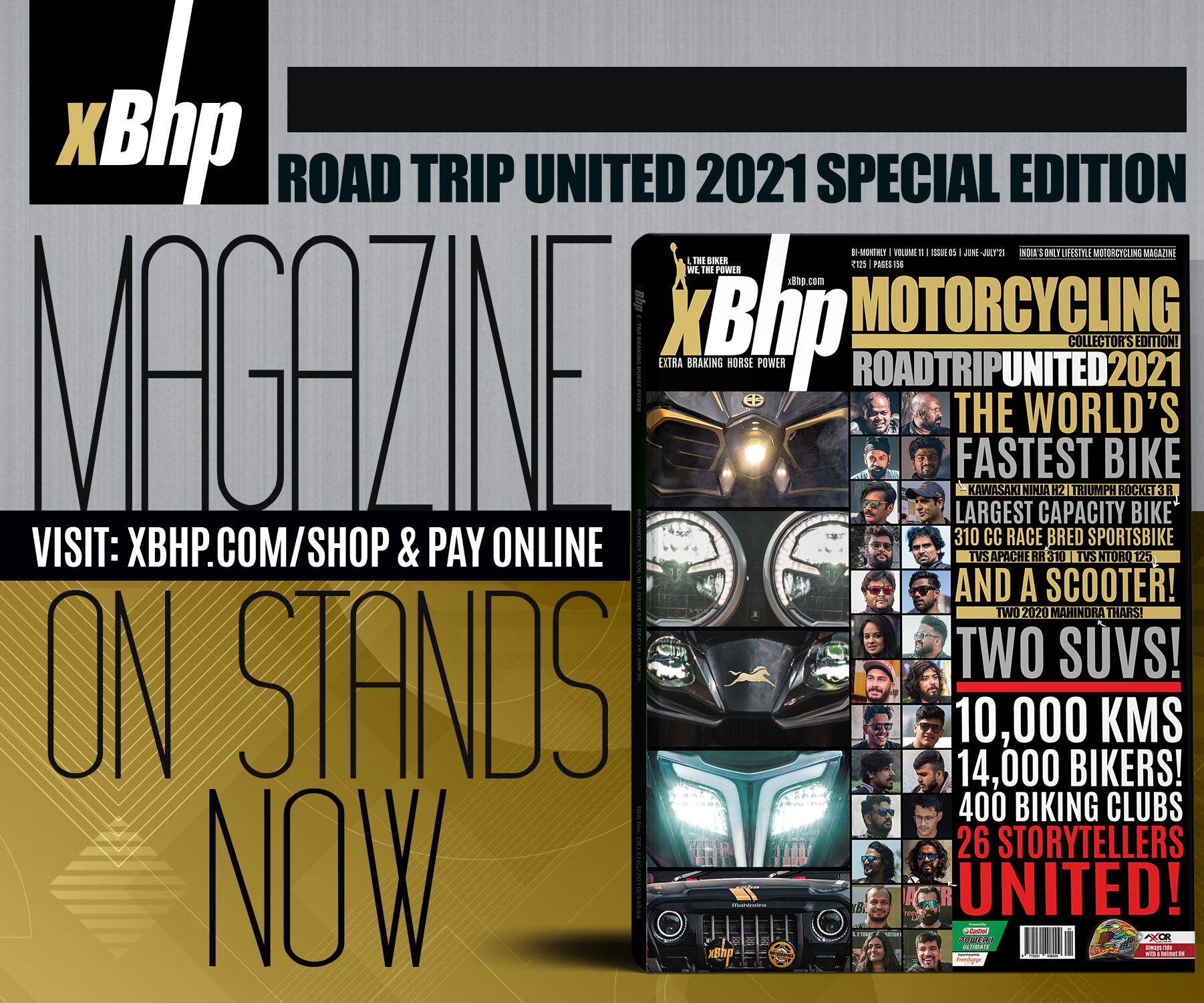