After a fun few days in Kolkata we rolled southwards. Bhubaneswar was the next stop where we were to meet the bikers of the city in the evening after the day’s ride.

Before we reached the city of Bhubaneswar we had a quick stopover in a town called Balasore to meet the handful of bikers waiting for us there. Jaydev is the reason why Balasore has now become a sure shot destination for us. Though we couldn’t stay long since Bhubaneswar beckoned. The meet was held at XIMB square in the CCD there, a popular biker hangout zone for the city.
We spoke about #roadTripUnited and the need of the hour to unite motorcyclists and biking clubs around the country. The importance of safe riding and how to positively influence youngsters. Motorcycling is still looked upon as hooliganism by the general public and it is our duty to change the opinion of people by behaving responsibly. Our actions don’t just dictate our personal appearance, but that of motorcyclists in general.
We also called upon biking clubs of the city and presented them with the Note of Thanks for their contribution towards motorcycling in India. The club presidents also stood together with the ‘i the Biker | we the Power’ placards for a photograph as a symbol of unity. 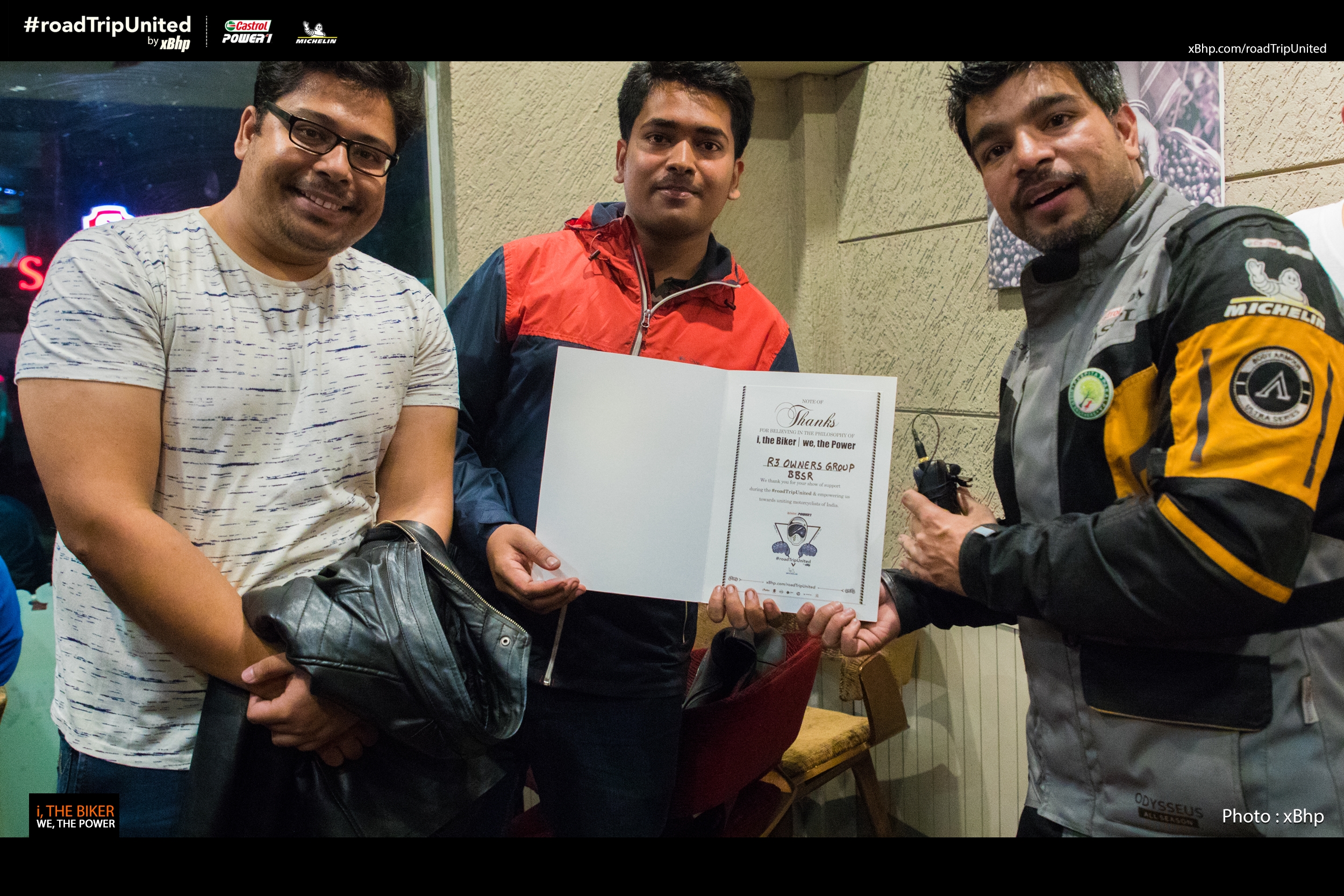 At the end of the evening it was time for some chit chat with the xBhp Bhubaneswar chapter before we headed to our Treebo hotel for some much needed rest.
The next day was onwards to the beautiful city of Vizag.