Seasoned tourer Deepak Gupta recently completed a ride to Umling La, recently crowned the world’s highest motorable road! These bunch of intrepid bikers did this ride in October, one month before the official announcement. He has made an awesome video of his trip. Check it out!

Here’s another feather for my helmet. The daddy of all passes, Umling La and Foti La. Umling La is the new world’s highest motorable pass now. Almost everyone knows my love for mountains and the itch to scale those high mountains passes.

With the same aim, we started our ride from Delhi. We were two riders me and Pruthu Mehta from Hyderabad and two people were travelling with us in a Mahindra Bolero, Hemant Uppal and Bhupal Manral. Having done Ladakh several times we decided to take the inner routes of J&K and live those autumn colours. We covered Mughal Road and reached a place I love, Gurez Valley and Tulail Valley. For the Kashmir section my good friend Jibran Kahan helped us a lot and showed the real beauty of Kashmir. Definitely heaven. Luck was favouring us and we did manage to visit Tithwal which happens to be the line of actual control between India and Pakistan. 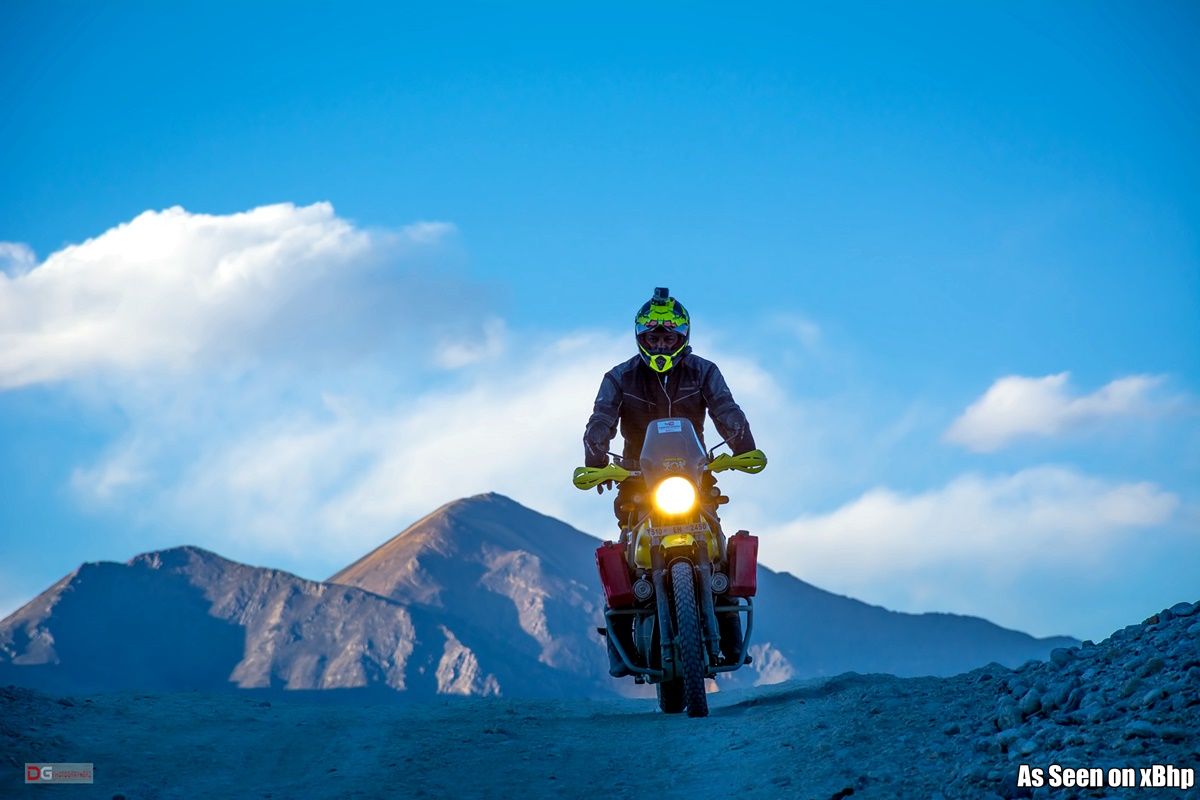 Took the usual Kargil route to Ladakh and tried collecting information about Umling La. Trust me gathering information was as tough as scaling it! Now that it has found fame of being the highest motorable road the information is available on websites. Half of the people we tried sourcing information from had no idea about its existence!

With limited information, we were sceptical, however few friends Rohit Mishra, Amit Kumar, Sohail Khan, Sid Suneja, from Delhi joined in and then there was no looking back. We reached Hanle and stayed at my usual Padma Guest House. The weather was clear but the night was cold and uncomfortable. Nonetheless, we decided to move ahead.

The first target was Foti La (18124 ft approx) which from my experience is the toughest I’ve crossed till now. Scaling that height in just 28 kms was quite a task. There were points where we literally had to stop and give that lil push to our bikes. Loose gravel and sand made it all the more difficult.

Foti La to Umling La is another 30 km which I would say was quite easy as compared to Foti La. However, the happiness was short lived and we were welcomed by some of the craziest river crossings. After having ridden extensively in the Himalayas I do manage to find the best way to cross, however not without taking an underbelly hit on the Dominar. The 2nd one was a step forward and you’ll hear me chanting throughout the crossing in the video. There was a time I thought I won’t be able to make it but the prayers were answered and we did manage to cross. Time was not in our favour and it was almost 2 pm by the time we crossed our 2nd crossing, all this and we had to come down the same path for our night stay at Hanle. 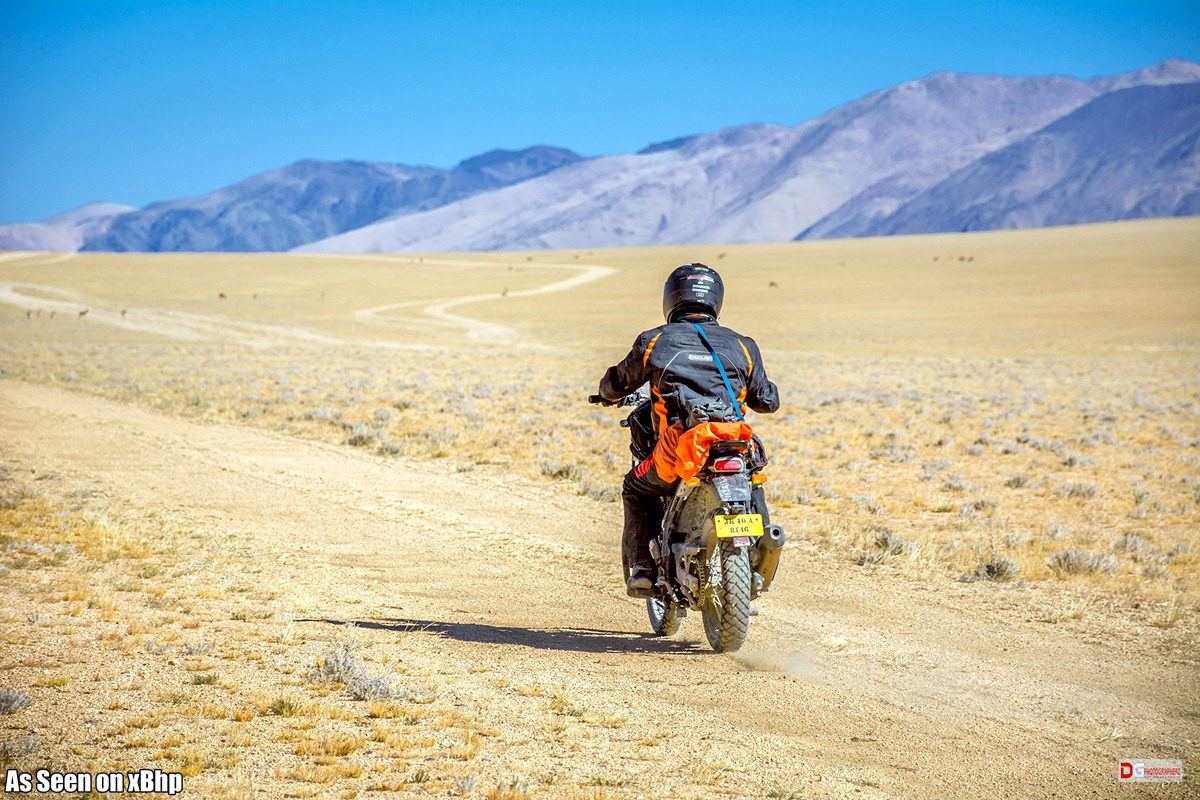 Umling La is tougher but thanks to BRO the road is paved and we could manage to ride on it. Hairpin bends really test your balancing skills and the power. There was barely any turn when I was not pushing the bike with my feet, this is really the tough one and a real test of one’s riding skills. The 400cc was put to full use and thanks to the high altitude it does justify the bad condition. There were times when I couldn’t say anything, just managed to say ‘mmmm’ and then go breathless. The 19300 ft was not achievable without friends as crazy as me and of course the project Himank for marking their presence even in the remotest of the areas.

You can watch the trailer here to whet your appetite:

And once you are ready for the main course, sit back relax and enjoy: