xBhp: First, we request you to please introduce yourself to our readers.

Niladri Saha: I am an Industrialist by profession & manufacturer of railway turnouts systems & track fittings for Indian Railways. I have been following my dreams and had a passion to fulfill them which made me an avid rider. I have travelled across India & abroad on my motorcycle and attended many events of IMRG, IBW & conducted many overnight rides with our motorcycling club 36 Cavalry which I co-founded.

My journey has definitely turned my belief about friendship. I have met made many friends during my rides and they are like family now. I can proudly say that I have a brother in every part of the country now. My rides now are mostly focused on charity which I started in association with Indian Motorcycles for a cause to educate the girl child (Wheels of change). xBhp: Please tell us about your journey to motorcycling.

Niladri Saha: My journey with superbikes started in the year of 2012 when I purchased my Harley-Davidson Iron 883 which then I upgraded immediately within 6 months of attending the first IBW.

Soon the Highways could become our way & long rides started with our group. Then came the Indian Roadmaster in 2015 which I booked immediately the day I saw it in IBW 2015. I knew this machine as I had ridden it in Sturgis in 2015. So there was no second thought. I can say this Roadmaster is a mean machine which I am Riding now & would recommend for long rides and I can say that no other motorcycle compares to it in that regard.

xBhp: How long have you been riding and which one is the most special motorcycle that you have ridden? Also, what would be your dream roadtrip? xBhp: What drew you to Indian Motorcycle and what is the best thing about yours?

Niladri Saha: I visited the USA in 2015. It was the 75th Anniversary ride to Sturgis. We had hired an Indian Roadmaster along with a Harley-Davidson for a ride. That was when my mindset about the Indian Roadmaster was completely changed. It was such a beautiful bike to ride and I had so much fun. I knew that I had to get that motorcycle and eventually, I got it and I am loving the experience.

The best thing about my Indian Roadmaster is first, the power. It is a monster especially when you consider the amount of torque you have at your disposal. It completely blows you away. And the second thing that I really like, and was surprised by quite a bit as well, is the handling. Despite all the heft and the size, it is surprisingly easy to handle once it gets going.

In my opinion, it is one of the most complete motorcycles out there for people who are into long rides. While the power and handling cater to the excitement, the unmatched comfort and the number of amenities you have really is the best amongst all the touring bikes that I have ridden till date. xBhp: How has the experience of owning the Roadmaster been and being a part of IMRG has been for you?

Niladri Saha: Owning the Roadmaster has been a delight, of course. I have already said a lot about that. But with Indian Motorcycle, the next best thing to their fantastic motorcycles is being a part of the IMRG. I feel so much at home with all those people that they’re practically family now. I have been a part of almost all of the IMRG events done including the K2K (Kanyakumari to Kashmir) and the GQ (Golden Quadrilateral) Ride.

I undertook all those rides on my Roadmaster. The K2K seemed tough when you consider the distance but the bike and the camaraderie made it seem like a breeze when I think about it now. I won’t hesitate to take up any of those rides again. So my experiences with both, my Roadmaster and the IMRG have been fantastic. xBhp: With motorcycles, comes a lot of responsibility and we’d like to know your thoughts on safe riding.

Niladri Saha: First and foremost, one must never cheap out on riding gears and I am talking about the full gear. One should always ride with all their gears on and of course, with their brains on as well. We should always abide by all the traffic rules whether riding solo or in a group. It gets even tougher in a group so the admins must take care of that. Finally, I believe that you should be more eager to enjoy the journey than to reach the destination.

xBhp: Is there anything else that you’d like to say to our readers?

Niladri Saha: “Once a rider, always a rider. My Way is the Highway.” It simply means that motorcycles have a certain magnetism to them and once you get a taste for it, it is near impossible to let it go. But you should enjoy this passion or getaway of your’s responsibly. Lastly, if you can, ride for a cause as well as there aren’t a lot of things more enjoyable than giving back to society. Our cause is to educate the Girl Child and if can, do support the Wheels of Change initiative. 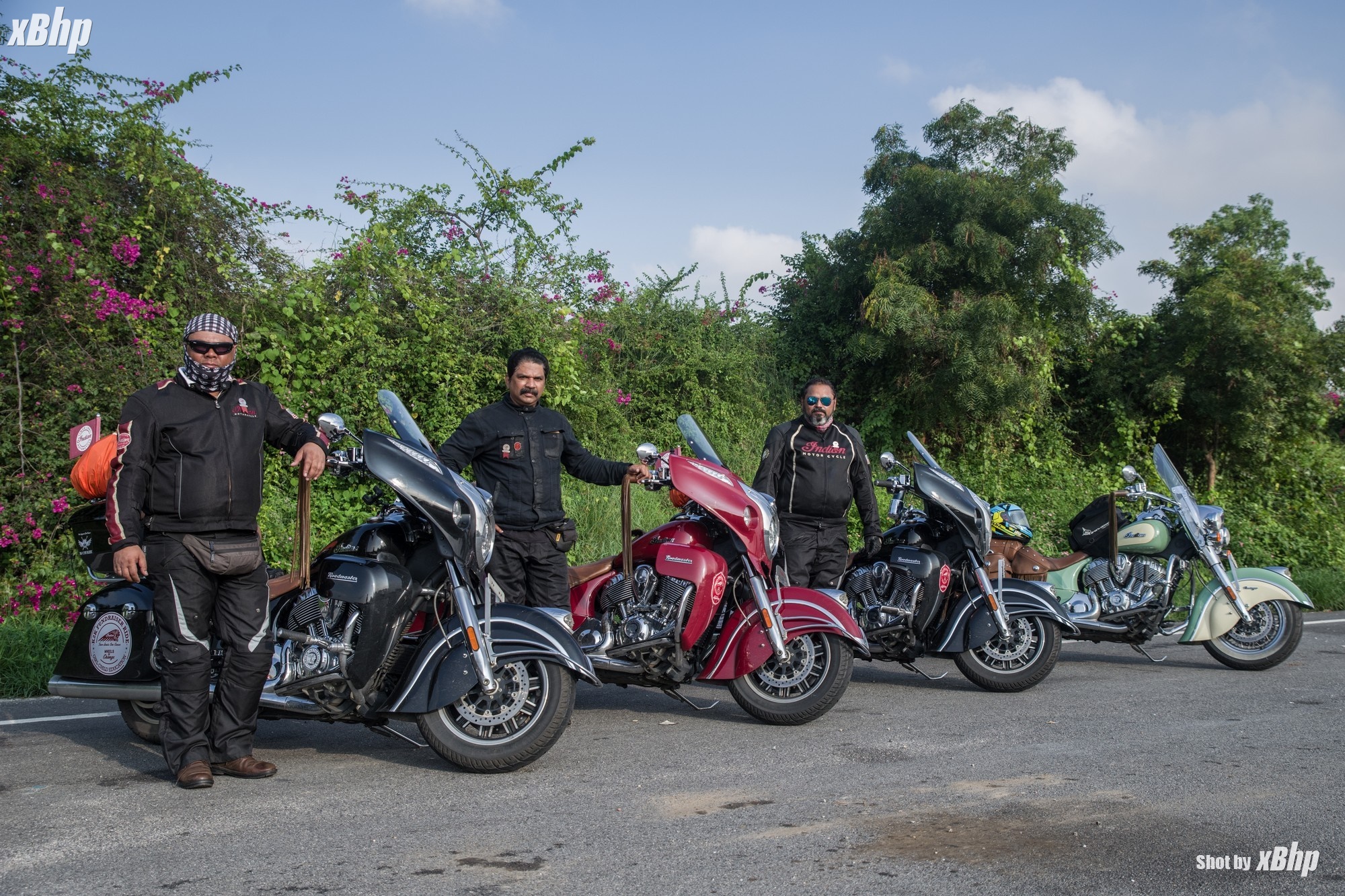