The championship is almost upon us but no rest for the weary, so here we are with another round of ‘Have a seat, champ’ powered by JK Tyre, Castrol POWER1 RACING, OnePlus and autographix.com in which we talk to the racers who will be participating in the Final Round of JK Tyre National Racing Championship which will be held at the Buddh International Circuit from 16th to 18th November 2018. We talk to Akash Lalwani, 30 year old entrepreneur + (a banker and hotelier) from Mt. Abu, Rajasthan. An old school petrohead who finds peace in motorcycles, states that for those who know, he is a 1%-er. Here’s how our conversation with him panned out. When and how did you come into motorcycle racing?

I have been riding for past 12 years but used to ride on roads. The machines we used though, were too dangerous and even took lives of some near and dear ones. So, I was introduced to the race track in 2012 by my younger brother Dilip Lalwani who learned riding from me. And today, he stands on the podium with because of his hard work.

The first time I came to the track I had tears in my eyes hearing the sound of those motorcycles screaming at the top of their lings. The same day I decided that that this is the future for me. Eventually decreased the riding on the road and came here. Could not practice due to family issues but this year has been a boon and I have not missed a single track day. I will be debuting in the JK Tyre Tyre Championship as Iamakashlalwani bearing the race number 44. This would have been impossible without the support of my family, my younger chap Bhumik Lalwani who is a championship contender and an extended family member, Mr. Akshat Chaudhary, a celebrity from Gurgaon.

What has been your biggest achievement in racing so far?

This will be my first year in motorcycle racing. I have delivered a time of 2.07.216 on the Buddh International Circuit after just 6 practice sessions.

Where do you want to see yourself in the next 5 years as a motorcyclist?

I would surely want to excel and make my father proud by winning the championship as he never wanted me to take part in it. According to him, this sport is dangerous. I would love to have him share the podium with me next year.

How are you training/preparing yourself for the JK Tyre Championship?

Well, I was on a strict diet and regime in order to perform well because track riding needs lot of stamina and concentration. I was practicing yoga, lot of cycling and rock climbing.

How do you keep yourself fit, mentally and physically?

Routine exercise, planned diet and most of all discipline in living as it is the only key to success.

How important do you think is the JK Tyre championship for motosports, particularly motorcycle racing in India?

It is the only event we look forward to in the entire year where we get to test our potential. My thanks to JK Tyre. There are lot of other companies who can make such things happen in India but for some reason they don’t. They all should learn and give opportunities to racers of India. There are lot of them.

What do you think are the most important things to prepare as a racer that one should keep in mind?

Firstly his machine, we have to make sure that she responds to each and every move of yours.

Secondly spares, we should be well equipped with each and every part so that we can take care of any situation that may occur during racing.

Thirdly and most importantly peace of mind, there are lot of lives that are involved, respect everyone and race responsibly. Safety is must.

Could you please tell us how are you preparing your bike for the JK Tyre championship?

Well as far as preparing is concerned, I had to take my bike back home and we ripped off the entire bike except the engine and worked for a couple of days servicing each and every component that could be opened and the machine is responding phenomenally.

Which bike will you be riding in the JK Tyre championship and why?

I will be riding a BMW S1000RR for the championship as I find it very reliable, powerful and precise. After all it is German and we all know what they are good at.

Have you had any crashes while riding and in particular racing? If yes, what did you learn out of it?

Yes, I crashed on the race track back in 2014 on my Honda CBR Repsol and it was a fast crash but by god’s grace I walked out of the crash because of my gears. I learnt a lot of things from that, the most important one was the perks of wearing the correct riding gears. I would request all off you who would go through this, please wear the best of gears (suits, helmet, gloves, boots) as they can save you from a serious injury.

What do you think are two biggest issues that are hampering the growth of motorcycling racing in India?

Support from the government. Our government seeks money out of everything and hence there are no international events taking place on such an amazing racing arena which was made for one of the biggest racing events, F1. And secondly finance, this sport being very expensive, needs lot of money and not a lot of people can afford that. 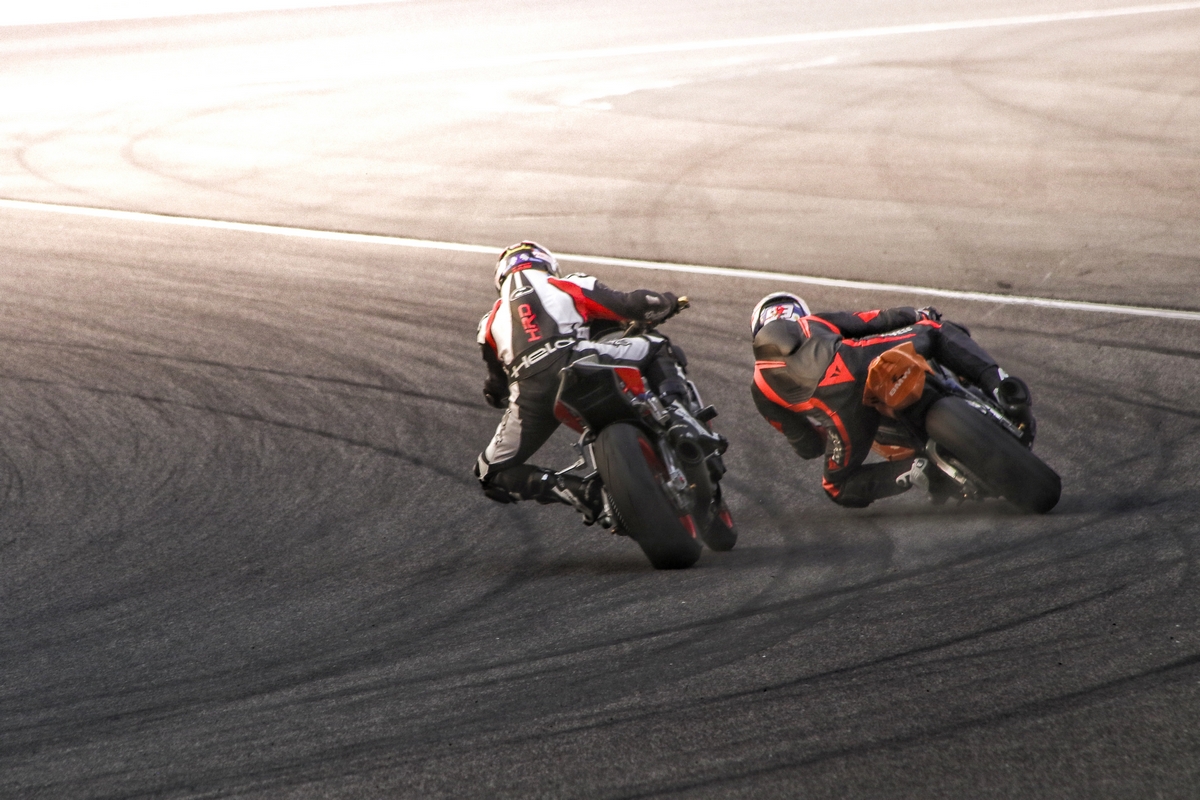