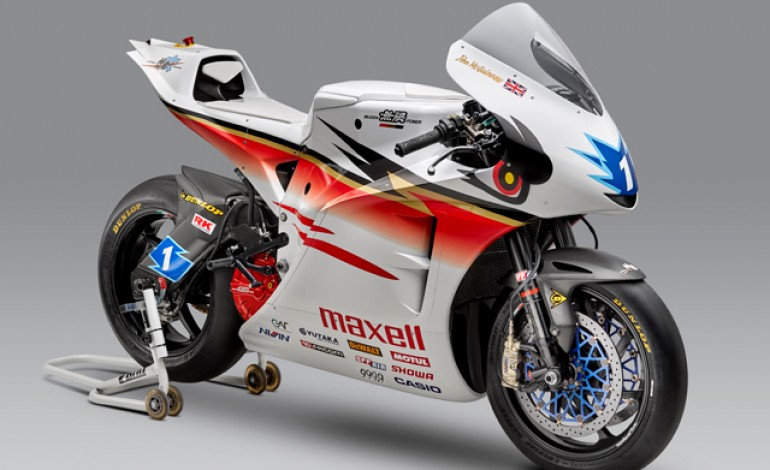 Team MUGEN has unveiled the 2017 TT Zero SHINDEN ROKU (Electric Bike). Once again Team MUGEN is ready with its contender to participate in the TT Zero Challenge class1 at the 2017 Isle of Man TT races to be held from 27th May to 9th June 2017 on the Isle of Man.

At its 3rd-year attempt in 2014, TEAM MUGEN won the title, and since then has been victorious each successive year. For 2017 event, Team MUGEN will race with SHINDEN ROKU, which has been extensively developed from the 2016 race-winning machine SHINDEN GO.

John McGuinness & Guy Martin will be the riders of TEAM MUGEN. In 2015, McGuinness has made close to 119.279 mph lap so, it is expected that this year the team will be targeting to achieve ‘yet-to-reach’ 120mph lap on the electric bike. The bike SHINDEN ROKU is capable of producing 120 PS power and 210 Nm of Torque, weights 248 kg.

The Isle of Man TT race, which started in 1907, is the oldest high-speed motorcycle race that is still currently held. The isle, which is located in between the United Kingdom and Ireland, is about the same size as the Awaji-shima island of Japan.

The TT Zero Challenge class is a new category that was started in 2009 in anticipation of the future of the age of clean energy. In this category, machines are required to be equipped with a power plant emitting zero carbon dioxide. Though races for conventional internal-combustion engine classes can range from three to six laps, the race distance for the TT Zero Challenge class is currently one lap (approximately 60 km) in deference to current technology battery performance and capacity.