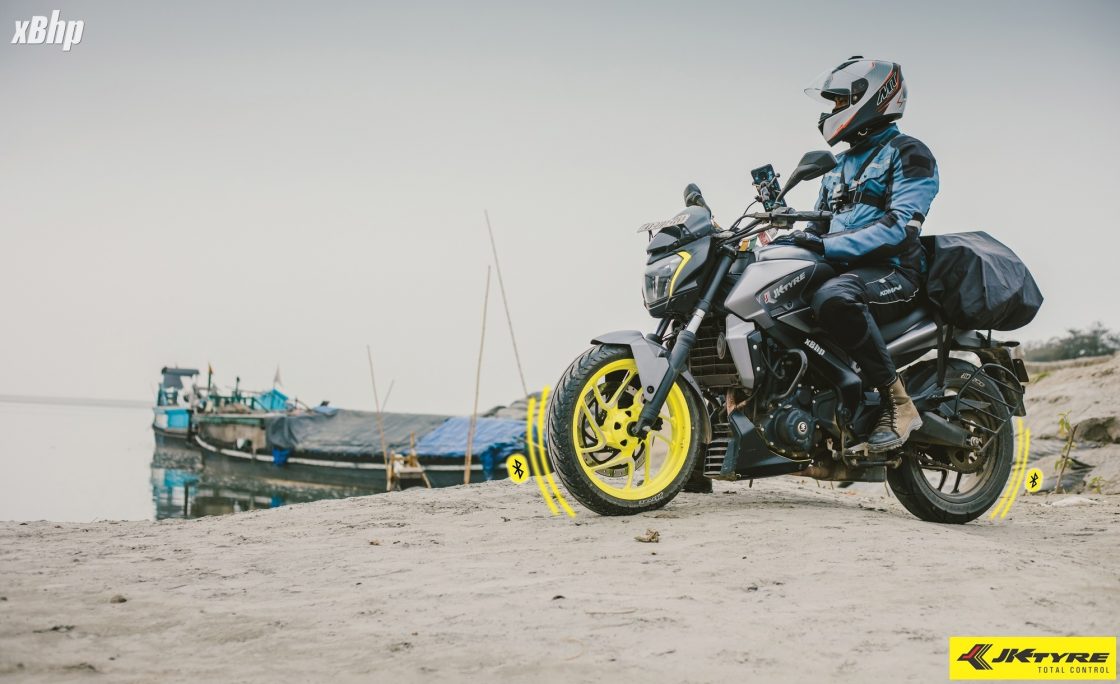 Travel is the mother of all education, and I take my next lesson along a route which is the lifeline of Assam- The mighty Brahmaputra River.

The significance of the Brahmaputra (a male river, also known as a Red River) arises as a result of its spatial positioning and perennial nature. Being one of the largest river systems on earth, it defines socio-cultural life in Assam, other North-Eastern states and neighbouring countries like China and Bangladesh. It is vital to irrigation, inland water transport, inhabited by a plethora of biodiversity and it sustains the major urban centre of Guwahati – where it facilitates growth and development.

The Brahmaputra River led Assam to sustain its World Heritage sites and Mega Biodiversity hotspots. The distribution of 5 National Parks and 20 Wildlife sanctuaries along the Brahmaputra River is vital to wildlife conservation and nature-based tourism. Slowly evolving as an Eco-tourism hotspot in India, Assam attracts a large number of nature lovers to witness its diverse and colourful regions.

My brother Prabal had recently shifted base from New Delhi and I decided to show him Kaziranga National Park and Majuli, which are a gift from the Brahmaputra River. To make this journey all the more exciting, our Bajaj Dominar 400 and KTM Duke 390 were shod with BLAZE RYDR Tyres from JK Tyre.

A special kit made available by JK Tyre called TREELCARE turns these tyres into SMART Tyres. The TREELCARE kit is a combination of a sensor installed on the tyre and an application installed on the smartphone that provides real-time monitoring of the tyres. It alerts you with your tyre health like tyre pressure, tyre temperature, over inflation, overheating and even over speeding. With our SMART companion, we set out on our journey to feel the pulse of Kaziranga and Majuli.

I have travelled countless times to Kaziranga and why not? That’s my ancestral home. My childhood memories are sitting on an elephant’s back and taking a tour of my village. A rhino breaking the wall of my ancestral home, wild boars and tigers running around the village, are instances that I grew up with. I had also entered the forest perimeter once while taking out the cows to graze and spotting a rhino just 15 feet away to be saved only by a small stream flowing in between us.

Growing up around wildlife and nature, these elements just seem to be a part of me. For many years, Kaziranga visit was all about fun. Only recently, I have tried to know more about it. I have been connecting with wildlife conservationists, people running Ecotourism, the culture, the tribes and knowing how important the role of the Brahmaputra River is. Leaving behind the maddening traffic of Guwahati city and riding through the hilly roads and open highway on NH37 to reach Kaziranga was a different experience this time. The bike ran faster, I felt much more in control on the corners and the brakes seemed to do their job pretty well. Thanks to the special tread design called Racing Grip Design(RGD) that held their spot.

Road condition deteriorates from Nagaon to Kaliabor and becomes a single lane due to the 4 lane highway construction work. The tyres however did not let us down. Our stay was at an Eco Camp in Kaziranga which is managed by a prominent wildlife conservationist and wildlife documentary maker Mr Gautam Saikia. The camp is a true reflection of Ecotourism as it runs only on solar power and loud music is not entertained as it might disturb the wildlife habitat. The camp sits along the jungle border and right beside the river. The river bank and country roads were a playground for us with the JK Tyres.

Never did we feel like losing our grip even on these loose grounds. The TREEL app regularly updated us with the tyre pressure and tyre temperature so that we remain alert. In our course of stay at Kaziranga, we also met Mr Monoj Gogoi who is a wildlife conservationist and assisted him in one of his rescue missions. The road to Kaziranga witnesses some amazing tea gardens and we did not miss out on the chance to enter one of these gardens to take some photos with our motorcycles. Prabal was pretty excited as he had never ridden inside a tea garden before. Tea is the national drink of India and finds its way into almost every household.

Furthermore, we moved on to Majuli which is the largest wetland river island in the world and harbours a plethora of endangered avifauna. Majuli Island is accessible by ferries from the city of Jorhat. Jorhat roads and traffic have been a nightmare for me. Navigating through the tight city roads was made easy with our JK Tyres. The tyres held their ground even during panic braking and accelerating out of traffic snarls. I have never felt so much in control and was convinced that these SMART tyres have turned our bikes into a smart bikes. Few onlookers asked us about the screen on our phone that had the TREEL app displayed and were impressed with the innovation.

Majuli is the abode of the Assamese neo-Vaishnavite culture. Majuli has been the cultural capital of Assamese civilization since the 16th century. Sankardeva, a pioneer of the medieval-age neo-Vaishnavite movement, preached a monotheist form of Hinduism called Vaishnavism and established monasteries and hermitages known as Satra on the islet.

We loaded our bikes on the ferry to cross over the gigantic Brahmaputra to reach the island. We were greeted with an endless sandbank and with the JK Tyres, our bikes remained composed and maintained their ground. Majuli has paved block roads and well-laid tarmac and our tyres felt most comfortable while sliding into corners due to the special tread design. The regular alert from the TREEL app about the tyre temperature and tyre pressure ensured that we stayed safe even in the most unforgiving situations. Our stay was planned at a traditional-style resort. This eco-friendly resort provides a fabulous retreat with all the basic facilities one can ask for. Especially with the Luit River, a tributary of River Brahmaputra that flows outside the resort is a soothing experience.

I had visited some of the bigger Satras earlier but found them to be too big and institutionalized for spending some quiet time. We decided to visit Samaguri Satra because it is a smaller one, focused on one particular craft which is mask-making. Samaguri Satra just looked like an ordinary house from outside, but as I peeked through, some alien heads stared back. We entered a room full of heads and only heads. These heads represented various mythological characters and creatures.

It was almost as if someone had entered fantasy land, beheaded many of them and brought the heads back as trophies. This represented some of the finest specimens of this art form that has been honed for centuries by the Goswami family that has been practising the art of mask-making since the mid-16th century. These masks are used in the Bhaonas (traditional dramas) where mythological stories are enacted by actors by wearing these masks to depict respective characters. At present, all the Satras of Majuli do not practice the art of making masks. The art has been kept alive only at the Notun Samaguri Satra.

Majuli boasts of a multiplicity of ethnic tribes, which have contributed immensely to its rich and colourful cultural heritage. One such tribe is the Mishing tribe. A tour around the Mishing village is a must-do in Majuli, apart from visiting the many satras. One is immediately struck by the absence of garbage – especially the plastic kind, which has become such an eyesore in most parts of India now. The traditional bamboo huts built on stilts or ‘sang ghar’ as they are called locally, are simple and clean.

Women go about their daily chores of dehusking rice or weaving colourful sarongs. Weaving is part of every household. They have been making cotton and silk cloth even with the growing of cotton, rearing the silkworms, spinning the threads, dying and then weaving the famous varieties from Assam. We were lucky to be a part of witnessing the making of the famous Erithread from the Cocoon by the ladies and also were invited to visit one of the houses and have a taste of ‘apang’ a locally brewed rice beer, which can pull a punch if you have one too many.

Majuli had an area of 880 square kilometres (340 sq mi) at the beginning of the 20th century, but having lost significantly to erosion it covers 352 square kilometres (136 sq mi) as of 2014. As a dear brother rightly said- visit Majuli before the river takes it away. We need not attempt an RTW-tour in one go but can make a start by travelling in our own country. We have a wonderful country, and there are innumerable places to explore. In these days of blogs and social media, our travel will invariably inspire others to do the same.

The passion is always there, it just needs a spark to get the wheels rolling and a set of JK SMART Tyres to be in Total Control. Big thanks to JK Tyre for providing us with the BLAZE RYDR SMART Tyres which ensured that we remain safe and alert even during tough conditions. This should be the choice of millennial riders and a must-have item for every bike rider.

During the course of the trip, we realized that the SMART Tyres from JK Tyre are near revolutionary considering how important of a safety factor tyres are and how much they are ignored. Zipping through busy streets of Guwahati with the luggage on and the bike felt so stable. Never did I feel that I would lose balance. Riding on the NH 37 at the Nagaon stretch, and the rubber glued itself to the tarmac. Taking corners after crossing Jorabat and before entering Kaziranga was confidence-inspiring. The regular alerts on my phone via the TREEL app kept me updated on my tyre health. It ensured that I remain safe whilst I enjoy my ride.
Our bikes were shod with BLAZE RYDR series of tyres from JK Tyres. The special tread pattern called the Racing Grip Design(RGD) made sure that we stayed in Total Control at any condition. We encountered busy city traffic of Guwahati, the fantastic NH 37 highway along with some bad roads from Nagaon to Koliabor, the curves along the Jorabat and Kaziranga stretch, the country roads of Kaziranga and Majuli, some wet patches, the endless sandbank at Majuli and the vast Tea Gardens, and the tyres held their ground. The Bajaj Dominar 400 and my KTM 390 are quite powerful machines and with the right set of wheels, they can do wonders. These SMART Tyres with the TREEL Kit are a must-have for every Biker and I am ready to take my next trip with my trusted companion.