As riders, we at xBhp have ridden millions of kilometres around the world on some of the best motorcycles in the world. We have taken up some of the most arduous roadtrips possible; from 20,000 km in Australia on an H2 and a 1299 Panigale, to 15,000 km in Southeast Asia on three Bajaj Dominars. Roadtrips like these need intense preparations but in motorcycling, you can never be too prepared. From different motorcycles to different routes to different locales; riding comes with inherent risks and some nagging issues that one has to be ready to deal with. A punctured tyre is one of the most common among all sorts of problems that can plague a ride. Bikes and bike tyres, both have come a long way to make motorcycling as safe and enjoyable as possible. But continuous innovation is the key to keeping that pursuit of betterment alive. This story is about one of those innovations which we believe marks a significant step in tyre technology. CEAT Tyres has recently announced their puncture-safe line of bike tyres. Yes, puncture safe. Tubeless bike tyres were great but not resistant to this nagging issue. These new tyres from CEAT though, kick things up quite a few notches. The folks at CEAT Tyres were kind enough to let us test these tyres out and we did that… with a special xBhp touch nonetheless, here’s the video: And that was the special xBhp touch. With our resident singer Dr Manan Chaturvedi aka Shuttervedi and Ankita Arora aka HighHeelsMotorcyclist on the saddle, we cooked up a story that transformed into this melody which serves as our way of introducing the CEAT puncture-safe bike tyres to you guys. In terms of the tech, how it works, and if it works; we have tested the tyre extensively and it works exactly as it should. These revolutionary bike tyres from CEAT come filled with a sealant that in the event of a puncture rushes in to plug the hole without the tyre ever losing any pressure. Be it a thorn or a nail or some sharp rock that scrapes the tyres, the sealant is ever ready to take care of the mess and ensure that you focus on what you set out to do… ride. Being long-distance riders and having covered so many miles on motorcycles, we think that we are able enough to mean it when we tell you this: these tyres will serve as one of the most useful innovations in recent times when it comes to motorcycling. So, give them a try and as always; Ride Hard | Ride Safe. 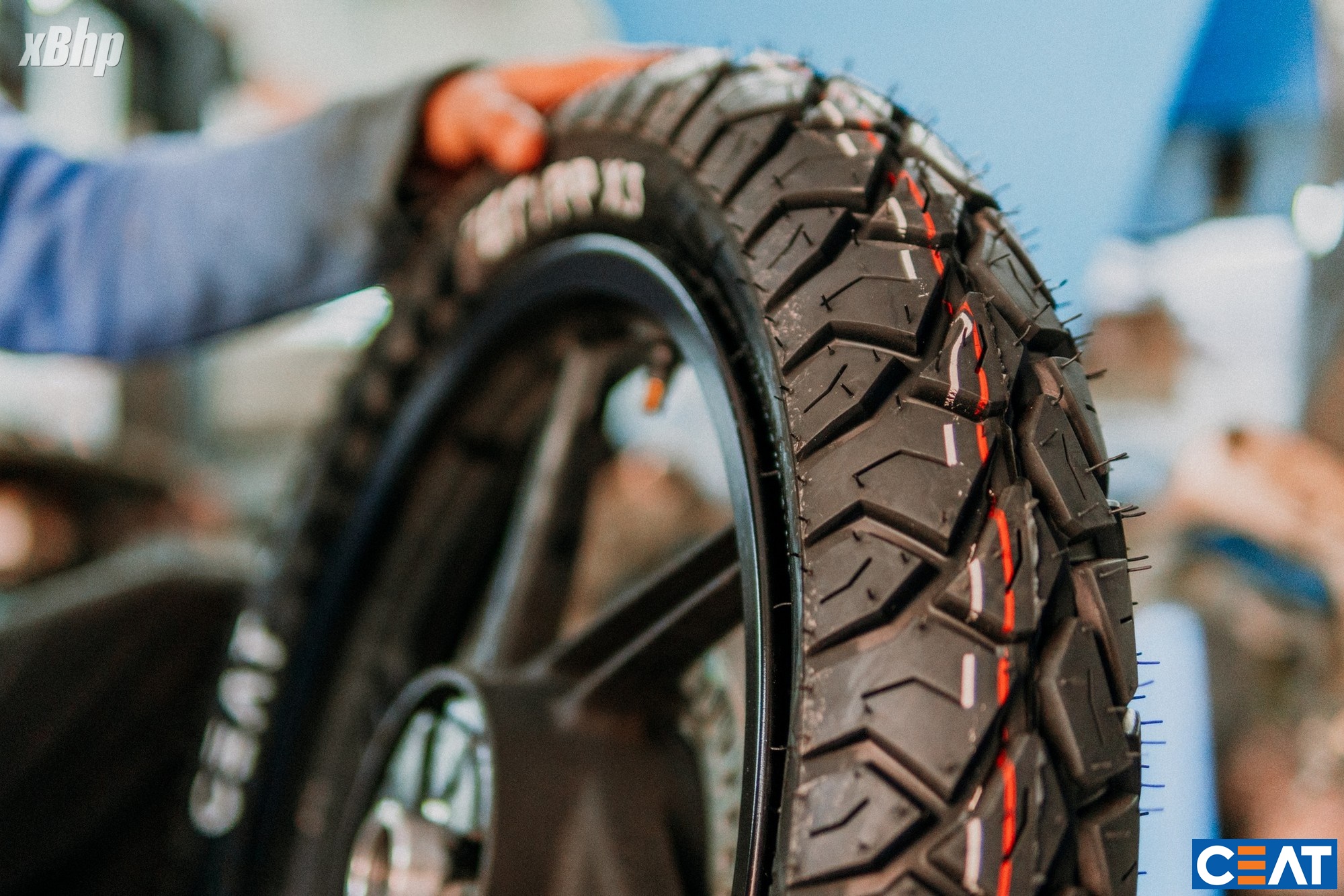 *Disclaimer: Can resist punctures by nails up to a diameter of 2.5mm on the tread area only. For more information, visit www.ceat.com