Special occasions demand special celebrations. For us, #18YearsOfxBhp is a very special occasion and so was our celebration. The first step was to unify the xBhp Garage and to that end, all our motorcycles were wrapped in the special #18YearsOfxBhp Black Chrome-Gold livery (except the Pulsar 180 Classic for sentimental reasons). Also, our Mahindra Thar was wrapped in Pearl White to give it a treatment that differed from its 2-wheeled brethren.

Now that we had the motorcycles ready, it was time to give them names. While we did it ourselves for our Pulsar 180 Classic, we reached out to the xBhp Community to help us name these special editions of our machines. Inevitably, the xBhp Community came through with some stunning names that would be worthy of these stunning motorcycles.

The final step was photos and going by the fact that motorcyclists consider motorcycles as a part of their lives and their families, we thought of making them a part of a ‘home’. As for finding that ‘home’, we’d like to thank BoConcept for that. BoConcept is a Danish brand that aims to provide its customers with modern and classy furnishing. With a presence in over 60 countries and years of experience, they were more than equipped to match up to our machines with their furniture.

SHILOH :: “It should be named Shiloh (meaning The Peaceful Ones). Many machines can go fast or be muscular or roar louder but the Hayabusa has all those qualities inherently. We can even go as far as to say that its engine is a Messiah of all other engines. If a Hayabusa is parked anywhere, it will gather a crowd of people with no effort like a God of Motorcycles and all of that… peacefully. So I think that Shiloh would be the best name for this motorcycle.” – capriborn__ BUCEPHALUS :: “It should be called Bucephalus. Bucephalus was Alexander The Great’s horse and one of the most famous horses in world history. It was described as being black with a large white star on its forehead which sits well with the dimensions of this machine. Moreover, in 15 years of battle, the horse never let the king lose any battle. As horses were generally important in ancient Greece, not only in warfare but hunting and athletic competitions too, they were seen as a symbol of wealth and status for the elite exactly like the Indian FTR 1200. That is why I feel this is an apt name.” – rakesh_rocking Choosing a name for our H2 was a tall task and yet, so many of you guys came through. It was really difficult to select one so we declared 4 entries as winners. They are as follows;

H2O :: “H2 for the bike and O is the common shape between a turbocharger and a camera lens. Water is vital for normal people for obvious reasons. For us motorcyclists though, water is vital but so are motorcycles.” – bg.ology

RHONIN :: “Ninja + Rhodium = RHONIN. Rhodium is the world’s most expensive precious metal and the Ninja H2 is every biker’s dream but just as expensive in a relative sense. The H2 has the power and speed to make riding it feel like experiencing a thunderstorm! And I am sure owning it feels just as expensive and precious as Rhodium.” – neel_69_ MERCURIC FLASH :: “It should be named Mercuric Flash. I chose this name because Mercurial means quick in changing temperament just like the Pulsar 220F that gave new definitions to both speed and touring alike. The former by coming with the tag of ‘The Fastest Indian’ and living up to it in real-world riding. The latter because it was loved by long-distance roadtrippers like me for its sports-touring comfort. It is one of those motorcycles that test a rider for their endurance instead of it being the other way around. And it all did it in a flash (mine still does after 11 years!). It has and will always give every 90s kid their daily dose of pride while riding, just like it does for you as it is the basis for what xBhp is today.” – themoodmechanictv 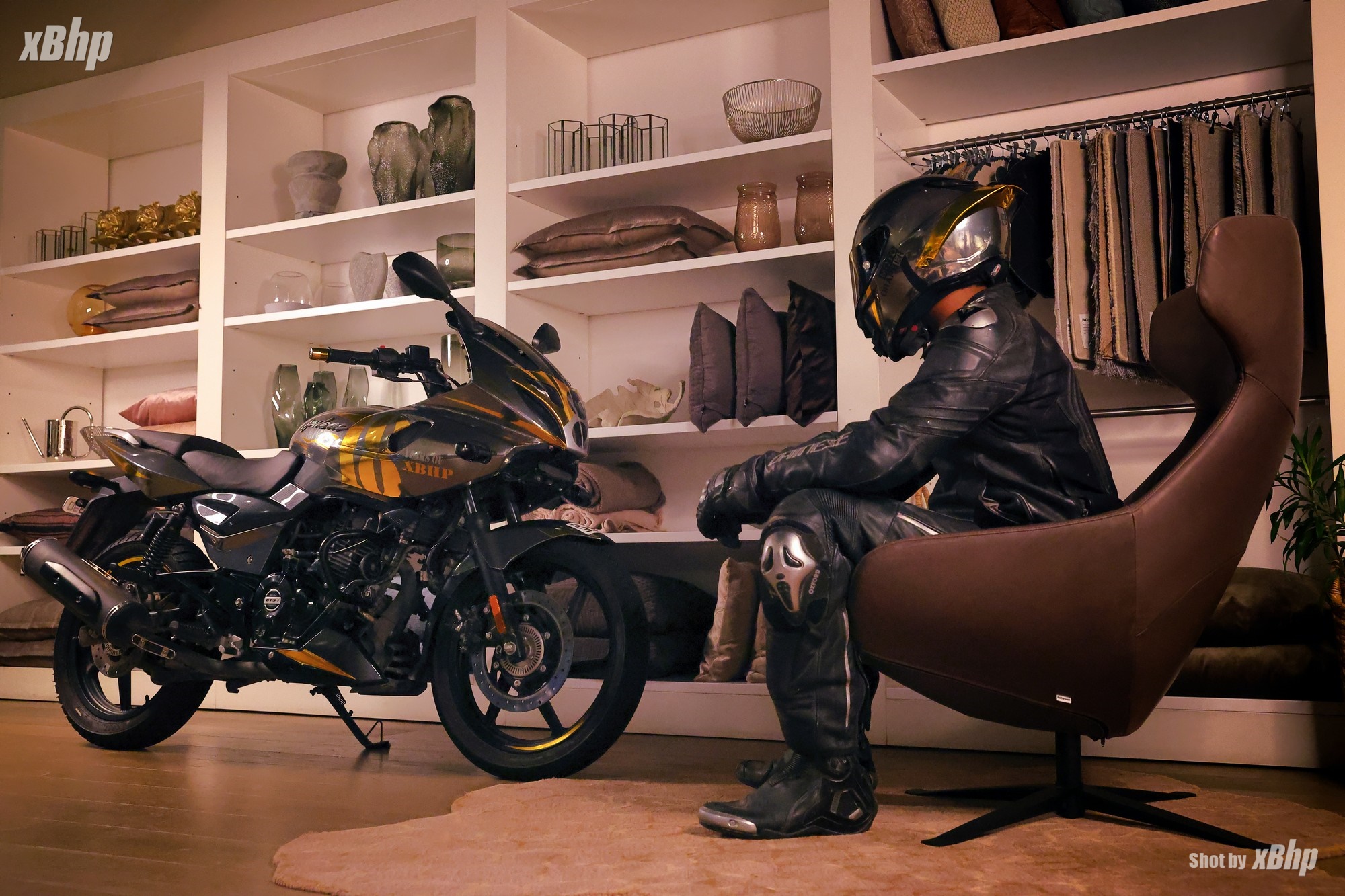 MAMMOTH MK2500 :: “I would like to name this Triumph Rocket 3 R as Mammoth MK2500. The name suits it because of the unimaginable capabilities of this beast. Mammoths were one of the largest and powerful mammals on earth and just like them, the bike is big in terms of displacement, power, and how can we forget the amount of torque it produces. Nothing on earth could stop the mammoths from discovering unfound landmasses and similarly, the Rocket 3 R is unstoppable too. Even the headlights look like two tusks and so, it should be called Mammoth MK2500.” – hitanshu.jpeg 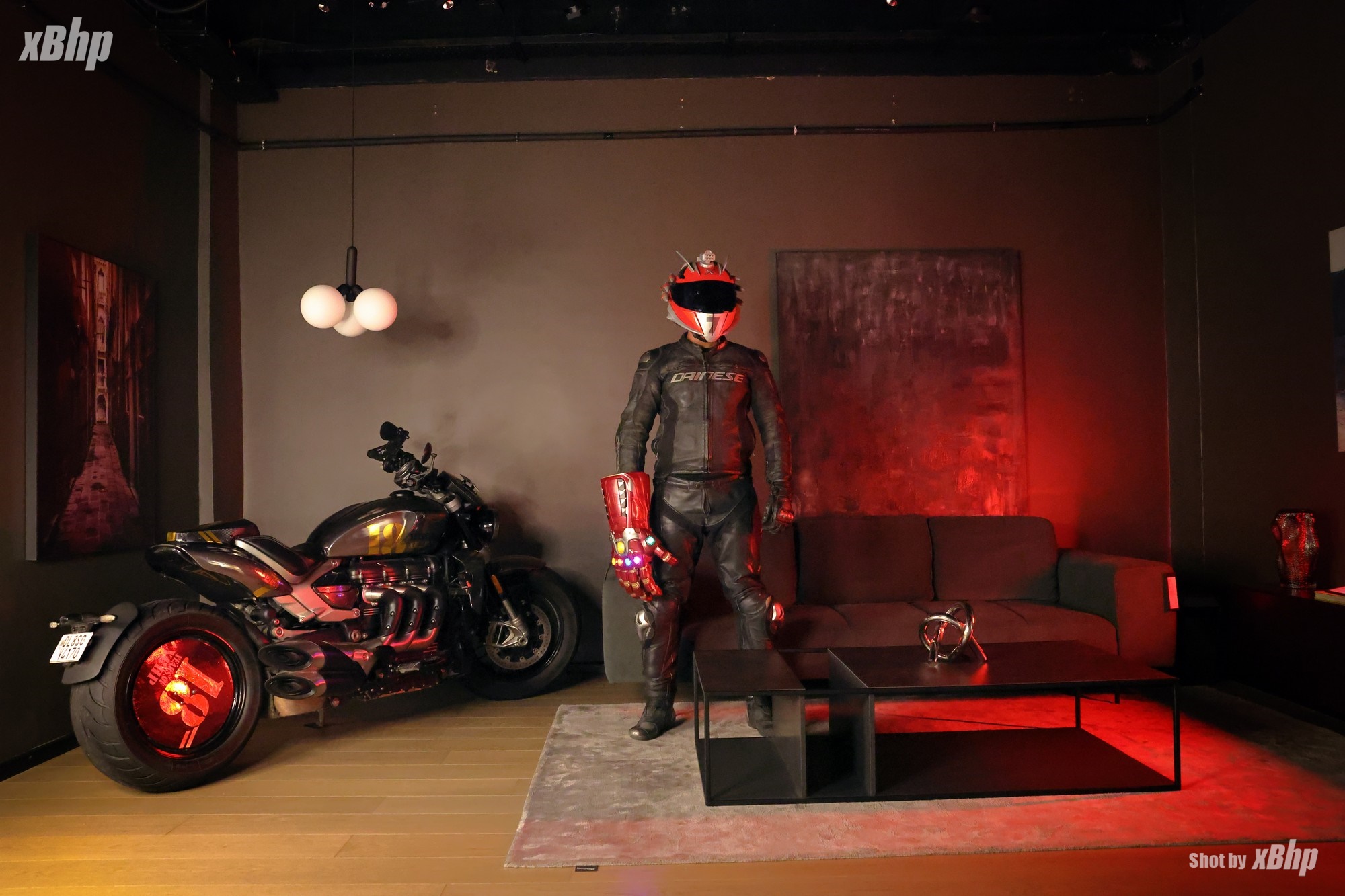 While all other names had a sound but long reasoning behind it, this one did not need a lot to explain. First of all, the breakdown of the name was simply fantastic and extremely clever. More so, Apex is a fitting name for a motorcycle that is touted to be the culmination of TVS Racing’s decade of experience in racing and it shows. The TVS Apache RR 310 is a near-perfect motorcycle as it is as good on the road and in touring as it is in hunting for that perfect line on the racetrack and, of course, the apex too! TRANSFORMER :: “The Bajaj Pulsar 180 Classic was recently inducted in the xBhp Garage. We had a hard time finding one and then getting it restored to the pristine condition it is in now. About a name for it, it was easy. We call it Transformer. It is because of a simple reason- it has the ability to transform not itself, but others. It transformed the Indian motorcycle market. It transformed the lives of many motorcyclists. More than anything, it transformed everything for us by turning one man’s passion into xBhp and all that it entails today.” – theMotoGrapher