Motorcycling is a wild wave that has spread in this country like anything. Every year thousands of bikers venture out for expeditions. Many achieve difficult feats and many give up in the long run. 6 passionate bikers had something wild in their minds for quite some time but the task was almost impossible. Many bikers won’t event dare to try it. 2018 became the year when they could combine their efforts and carry out this Herculean task. February-March is the time when the entire Ladakh region is covered with a thick layer of snow. It remains cut off from the rest of the country via road. All its famous places are not reachable by road. This team went on to achieve what many of us wouldn’t even think of. They decided to set an example for adventure touring in Himalayas. They created history by riding motorcycles on the treacherous roads of Ladakh in winter when the temperature goes down to -15 to -20 degrees even in the day time. 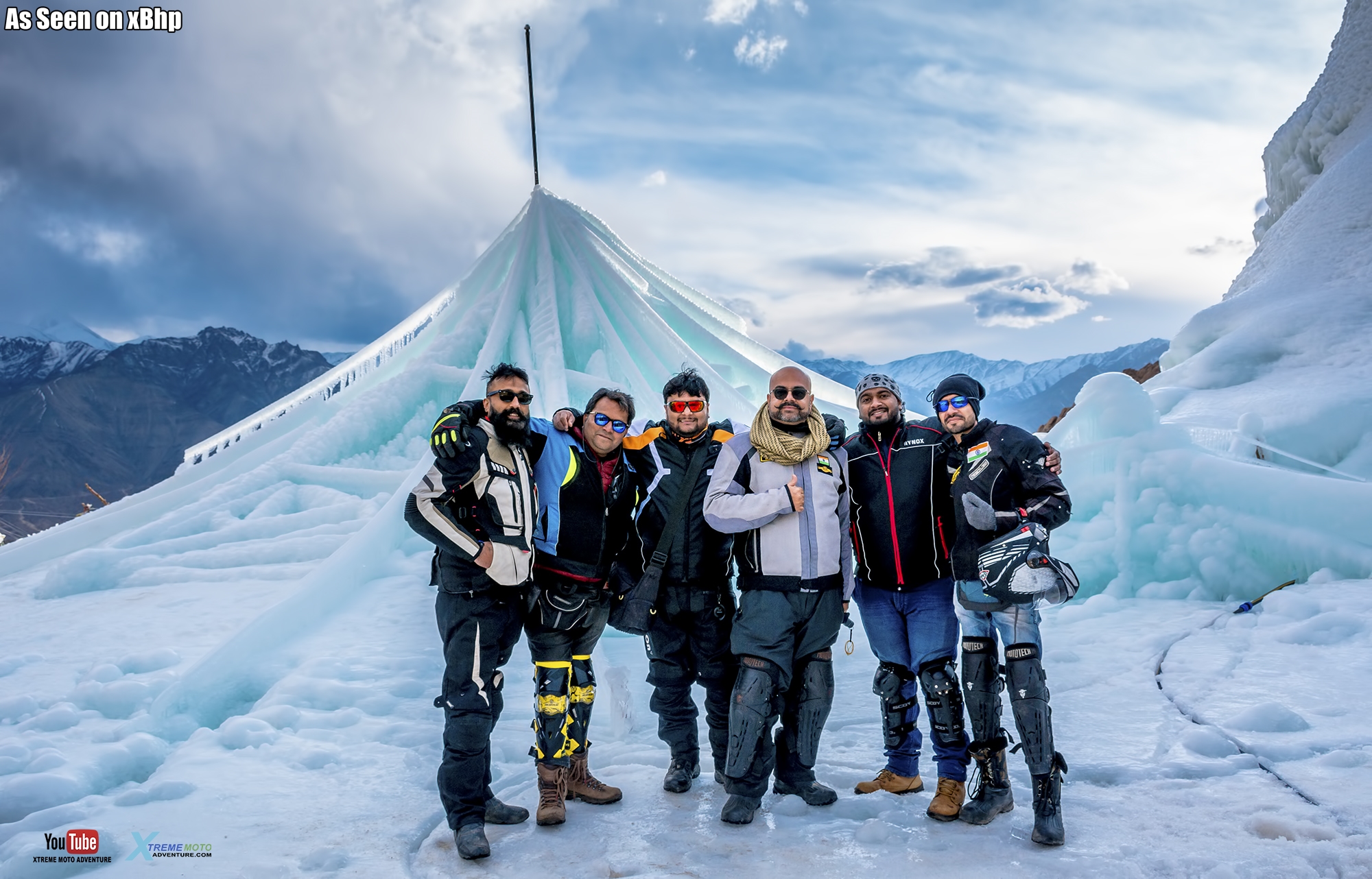 Deepak Gupta a YouTuber who owns the YouTube channel Xtreme Moto Adventure is quite a favourite among Travel and Biking Vloggers and documents his travel on the same. Along with his friends Pruthu Mehta, Akshay Jain, Manish Dhall, Kushal Thakkar and Vijay Patel, he attempted an adventurous expedition so extreme that it will send chills down your spine. Taking a flight from Delhi to Leh and there on rented Royal Enfield Bikes from Leh. Records tumbled as they were the first group of bikers to reach Drass and Frozen Pangong Tso in extremely cold conditions.

Here is an account of how they carried out this extreme ride:

Here’s what these bikers told us about their experience:

On the morning of 24th February 2018, we landed in Leh. We visited the Ice Stupa which is located in Phyang Village.

On 25th morning we started our ride to Hanle Village from Leh which is about 250 km. It was a 10 hour, nonstop journey with an average temperature of -8 degrees with lots of cross wind and lots of off-roading. On 26th February we visited the Hanle observatory and the Hanle monastery and some local sight-seeing.

On 27th February we started our ride back to Leh in the same weather conditions. Next day we started riding towards Kargil.  It’s about 220 km from Leh. We crossed 2 mountain passes (Fotu La & Namik La). With limited resources, food and human presence en-route, things were getting difficult day by day as the climatic conditions were not favourable. With less oxygen due to higher altitude it was getting difficult to ride but we still kept on riding and reached Kargil by evening.

On 1st March we started our ride toward Drass which is 60 km from Kargil. On the route we also visited the Kargil/Drass War memorial. We were surprised to receive such a warm welcome from our Indian army deployed in these tough conditions in a season when everything is shut off and the resources are limited. Then we headed towards Drass and from Drass we rode in snow till Matian village. We couldn’t ride further as the roads were not favourable. So we returned to Drass, which is the world’s second coldest inhabited place. We stayed back in Drass for the night. On 2nd March we started back to Leh in the same weather condition but it became a little more difficult because of the heavy crosswind and an average temperature of -10 degree. Our hands and feet were frozen and it was becoming difficult by evening as the temperature was dipping around -12 degrees. The lack of oxygen was making the ride even harder as we were reaching Leh.

3rd leg was the toughest part of the entire trip. We started our journey from Leh to Pangong Lake on the 3rd of March, during which we crossed the mighty Chang La which at an altitude of 17688 ft, is known to be the world’s second highest motorable pass. We rode our bikes in thick snow till Chang La. Weather conditions were volatile and harsh. We had to load our bikes on a camper because it was getting dark and the conditions were seriously dangerous to ride. When we reached the top, temperature dipped to almost -20 degrees making it very difficult to load the bikes on the camper. We decided to stay at Tangste for the night and started again next morning for Pangong on our motorcycles. Fortunately, we got a cosy home stay with a heater in Tangste which was needed the most at that time. On 4th March we started our ride from Tangste Village to Pangong Lake. We rode for about 48 km in lush snow and the Pangong Lake was totally frozen. Riding on frozen Pangong Lake was the most thrilling experience we had on this trip. Reaching Pangong in extreme winter conditions is one of the biggest achievements of this ride. Conditions were really tough to ride back to Leh and we didn’t want to take any further risks. We collectively decided to load the bikes on the camper and drive back to Leh. Almost one side of the stretch, we rode our motorcycles except 29 km from Chang La to Tangste while going to Pangong Lake. Loading our bikes on camper was a wise decision as we believe adventures should not come at the cost of your life and we know once you face the actual situation you will surely change your mind. It needs lots of planning, courage and passion to jump into these kinds of Xtreme adventures and most importantly your luck should favour you. Mother Nature is the biggest driving force in such attempts and you are completely at her mercy. It may look easy in the photographs but the real deal is something that cannot be expressed in photographs and videos. But this experience was worth taking so many risks.

When you risk your life for such an adventure, you are bound to fall but what matters is your attitude to complete the challenge. Most important factor was to combat the cold and high altitude wind. The temperature was almost -15 throughout our ride. Hostile weather conditions and unsuitable roads throughout. Without proper planning and backup vehicle it would have been almost impossible to achieve such a feat. Mr. Shujit Ali and Thupston Tsweng helped them a lot with their efforts as our guides and friends. Big cheers for them and wishing them good luck for their new venture, Ladakh Bike Expeditions for a bright future. 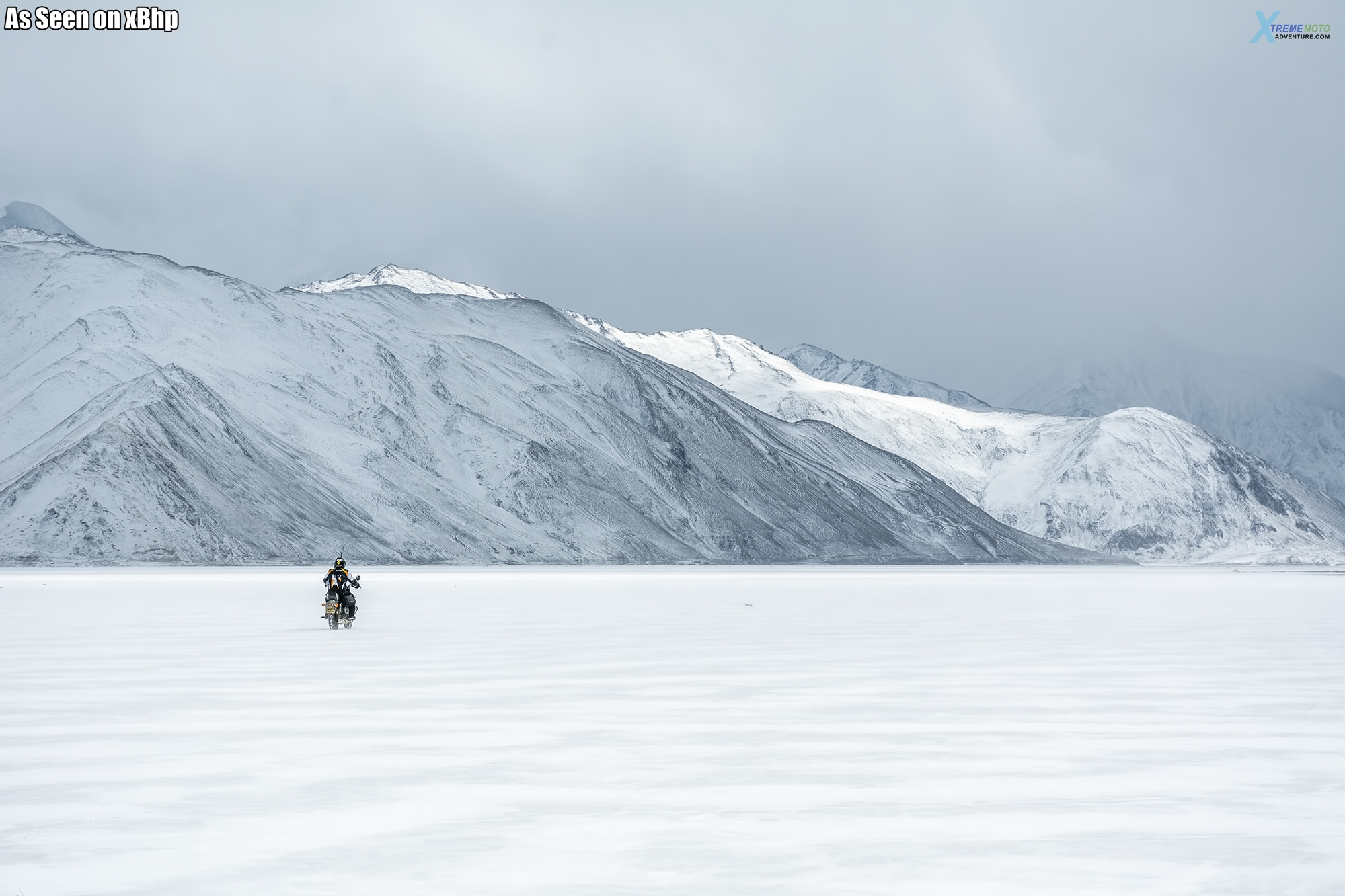 One cannot measure the magnitude of this success when they see the photographs and videos. But ask any of these 6 motorcycle lovers and they will share their bone chilling and deadly experience.

​Watch the Teaser video for this trip​

#LifeBeginsAt250: Ride into the Pro League